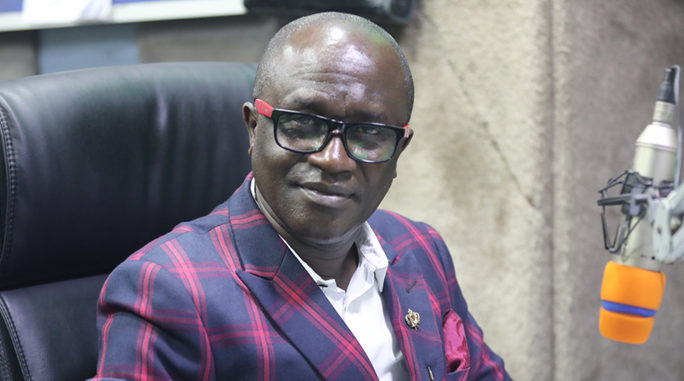 Presenters of Okay FM, a subsidiary of Despite Media Group have replied Metro TV presenter, Paul Adom Otchere over his blanket comments concerning media in the just ended 2020 elections.

Mr Adom Otchere on December 15,on his current affairs programme, Good Evening Ghana, revealed that he received messages on the results of the 2020 presidential elections from the New Patriotic Party and believed other journalists received some also.

“The New Patriotic Party began the night of elections, we were in this studio […] we all saw that the New Patriotic Party had set up a collation system by which they were collating the results of the election and at each point, they will send information across board. I got some of the information, I believe other journalists did. Different people got it, and they will tell you that they are at 70 per cent reported pink sheets from across the country and this is what they are seeing,” he said.

Mr Adom Otchere’s comment come amidst attacks on media houses, in the country including Despite Media Group by some leading members and supporters of the oppositional National Democratic Congress(NDC) over the outcome of the 2020 elections .

Their attacks were generally on the grounds that, the projections made by the media houses during the December 7 elections were flawed and favoured the ruling New Patriotic Party (NPP).

Responding to Mr Adom Otchere’s comment, Kwame Nkrumah Tikese, a renowned broadcaster and host of Okay FM’s Ade Akye Abia current affairs programme who has earlier sent a notice via his programme that he would respond to the statement said the comment was unacceptable, especially, when tensions concerning the 2020 elections were still high and urged him to mention names if he had evident to his claims at all.

He indicated that he was also aware that Mr Adom Otchere had been taking money adding “if you live in a glass land, don’t throw stones”.

“Those of you who are his friends advice him to take care of his pot belly and stop making blanket statement. Do you know how much Despite Media spent on the elections? The sad thing is that we did not even have a reporter at NPP headquarters, we did not send anybody there, what kind of gullible thinking is that”.

He noted Ghanaians had pampered the Good Evening Ghana host for a long time, the results the country was witnessing at the moment.

Another presenter of the station, Akosua Ago Aboagye noted if indeed the station received their results from the NPP as being speculated, then it would have made sense for the media station to just stayed at their premises and collects the results from them and not sent reporters all across the country for the same purpose.

She revealed their outfit made huge investment into the elections coverage and sent reporters to all the regions, women and men, some of whom spent three nights at the centers without taking their bath.

According to her, money spent by the Despite Media in training and subsequently deploying reporters to the grounds for days before, during and after the elections far exceeded the budgets of some political parties and that it was unfair for anybody to point accusing fingers on them for doing their jobs.