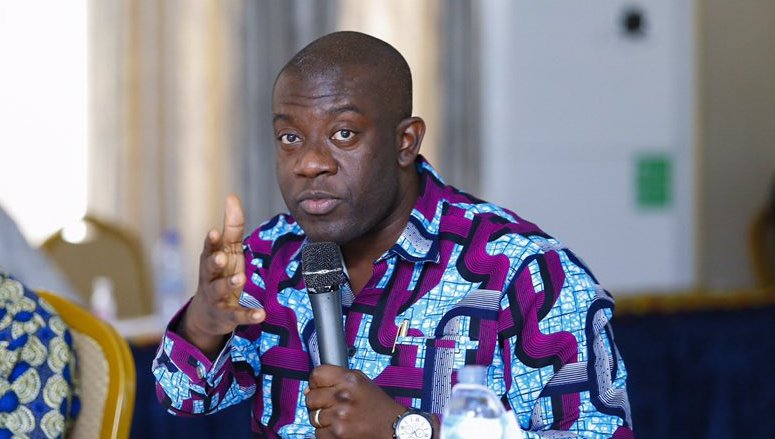 The Minister of Information, Mr. Kojo Oppong Nkrumah has cautioned communicators and supporters of the ruling New Patriotic Party (NPP) not to take the digression of insult and disrespect on the personality of the immediate past Special Prosecutor, Mr. Martin Amidu due to the recent impasse.

“I want to send a caution to our communicators and supporters across the country. As a political group, we do not subscribe to insult, disrespect of people we disagree with, absolutely,” he said.

Kojo Oppong Nkrumah threw the caution in an interview with TV3 Election360 programme on Wednesday, November 17, monitored by GhanaPlus.com.

According to him, what happened was a mare misunderstanding of fact and interpretation of the fact hence the need for the party’s supporters to treat it as such and move on.

He indicated that the NPP principles don’t subscribe to politics of insult and urged all of their supporters across the country to pay heed to their principles as a party.

He also noted that the President’s impression of the astute statesman popularly referred to as Citizen Vigilante has not changed and asked the party to accord him the respect he deserves.

“It unfortunate this disagreement exists for which he has resigned and the residual actions have to be taken and we have to leave it like that”, he added.

The resignation he said was due to political interference in his work and lack of support from the government as promised on his appointment into the corruption check office.