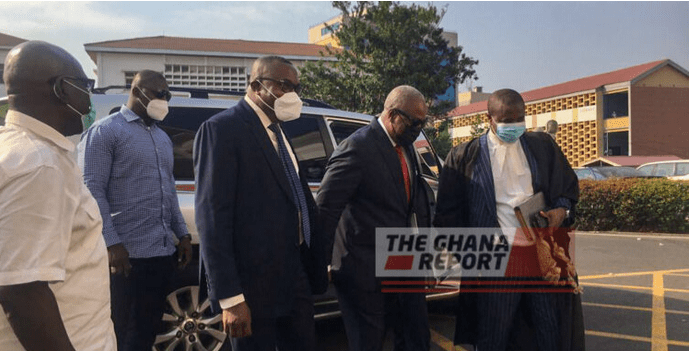 Ghanaian Journalists covering the 2020 election petition filed by the National Democratic Congress and its flag bearer, John Dramani Mahama have been banned from taking their mobile phones into the courtroom.

Although the use of mobile phones is barred in the courts, journalists are allowed to use their phones to file their stories.

But on this day, the NDC is filing an application to amend errors in its electoral petition filed on December 30, all journalists covering the case will however, have to wait until they step out of the courtroom to file their stories.

“The Dean of the press corps is in talks to allow us to take our phones in,” theghanareport.com’s Gloria Kafui Ahiable reported.

But the talks yielded no fruit, compelling all the journalists to drop their phones with the security.

Former President John Dramani Mahama the Petitioner and Flagbearer of the National Democratic Congress (NDC) arrived at the court around 9 am.

He has petitioned the Supreme Court to overturn the result of the 2020 elections declared by the Electoral Commission.

A hoard of lawyers in their black flowing robes and wigs have also descended on the apex court to make their cases for or against the second election petition in Ghana’s Fourth Republican history.

In 2012, the then New Patriotic Party Presidential candidate, Nana Akufo-Addo, went to court to challenge the result of that year’s election.

The court dismissed the case affirming the election of Mr Mahama as the duly elected President.

In a contrast of fortunes, it was Mr Mahama who is today challenging the election of the man he beat in 2012.