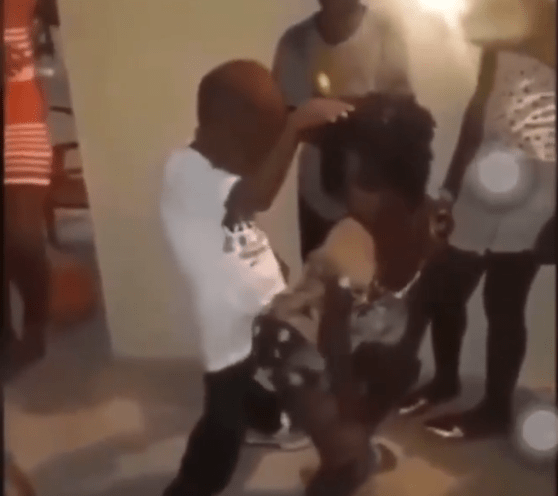 Decency among Ghanaian children is gradually fading away as some parents enjoy watching their children exhibit traits meant for adult rather than correcting them.

A video sighted by GhanaPlus.com had two little kids, boy and girl grind each other in the full glare of adults who seem to be enjoying rather than be concerned.

The kids believed to be between the ages less than ten (10) years grind each other at what is believed to be a party in the presence of other kids older and younger than they are.

Interestingly, two female adult could be spotted at the background watching the kids unconcerned, one of whom was busily recording the kids disgraceful and embarrassing display.

Social media has since reacted to the video with some questioning if their parents were happy with kids of such age behaving like adult in the full glare of others.