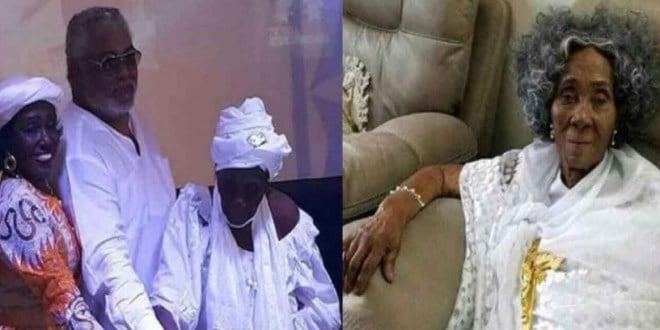 Information on her death is yet to be made public by the Rawlings, but reports indicate the elderly woman who recently celebrated her 101 birth anniversary died early in the morning after being unwell for a while now.

Madam Victoria Agbotui, hail from the Volta Region of Ghana, Dzelukope, Keta to be precise.

She is reported to have appeared in the limelight in 1979, the year in which her son JJ and his Free Africa Movement first staged a coup in the country.

She is also reported to have headed the catering department of the presidency during the reign of his son, J J Rawlings.