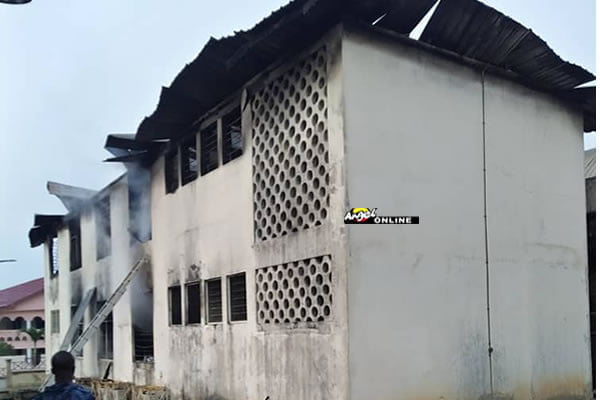 Parts of the Electoral Commission’s office at Sapeiman in the Greater Accra Region has been reported to have been razed down by fire today, August 14, 2020.

The fire which was reported to have begun around 2.30 am early Friday morning was said to have destroyed items such as old ballot boxes, used Form 1As/1cs, and referendum materials.

The fire, however, did not affect the main administration block of the commission.

A statement from the commission said the fire was detected by a policeman and night watchmen who were on duty at the time of the incident and alerted the National fire Service who had since been to the premises to put out the fire.

According to the statement, investigations into the fire outbreak have begun to ascertain the cause of the fire.

“The Commission will work closely with the fire service and other relevant bodies to unravel the circumstances that caused the fire,” a report by GNA said.

The Electoral Commission of Ghana is a governance institution charged with the responsibility to conduct and manage all election-related matters in the country.

It was established in 1992 by a constitutional provision and has since been the only electoral body responsible for conducting elections in the country.

The commission is currently chaired by Jean Adukwei Mensa