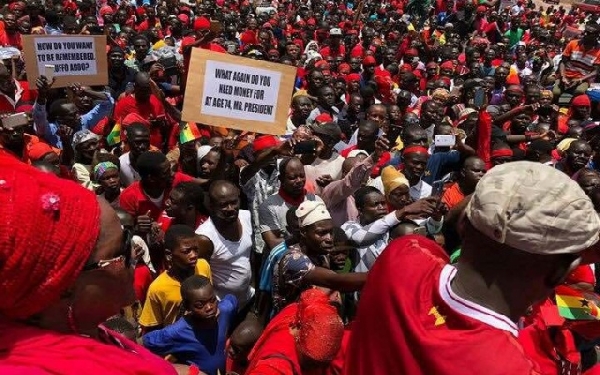 The thousands of persons who lost their investment to the gold dealership firm Menzgold  due to its closure has been encourage to forget about their lock up funds and move on.

The Chief Executive officer of Dalex Finance, Ken Thompson who made the call, said there is no way customers of the defunct gold dealership firm, Menzgold, will recoup their lost investments

Unless out of sympathy the government decides to pay them their locked-up funds, they should not think of being able to recover their cash, he said.

In a documentary titled ‘The Menzgold heartache in Ghana; two years on!’ and produced by TV3’s Komla Adom, Mr Thompson said Menzgold was an obvious scam and further wondered how people were lured into this trap.

“It was such an obvious scam and I don’t know how we allowed it to happen. And I am not sure it would not happen again,” he said.

He added, “it was almost as if the messiah had come and was changing peoples’ lives. Whenever these things happen, it derails the trust people have in the financial system.”

Whether or not these aggrieved customers would ever get their monies back, Mr. Thompson says there is no hope.

“As for the people who have lost their monies, it is unfortunate, they may not get it back.           If they get something back, then it probably would be from the generosity of the state.”

READ ALSO:  Same sex marriage shall never be legalized under my presidency; Akufo-Addo has spoken loudly

With the Menzgold heartache, arguably the most publicized financial scam in recent memory, experts say the relevant agencies must act to ensure the players in this circus are prosecuted.

“It is such a shame that two years on, people are still walking. Nobody has been prosecuted, Nana Appiah Mensah is probably living in luxury in his mansions and other properties that are left,” Mr Thompson said.