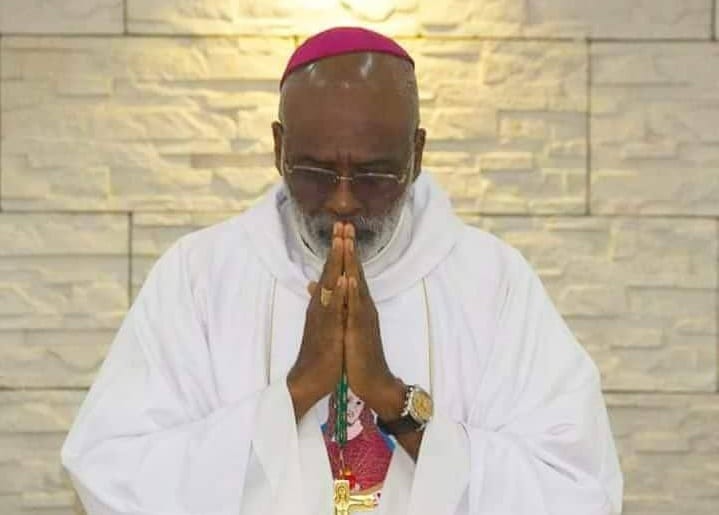 The Catholic Archbishop of Cape Coast and Vice President of Ghana Catholic Bishop Conference (GCBC), Most Rev Charles Gabriel Palmer Buckle has urged Ghanaians, especially, those who felt offended by the late former President, Jerry John Rawlings while in pursuit of his principles of transparency, probity and accountability to forgive him.

Forgiving him, the Archbishop said is the legacy Ghanaians could uphold in memory of the charismatic leader who led the country over  two decades of his life.

“Beloved if there is any legacy we can uphold in Jerry John Rawlings, let us first and foremost forgive him what in our eyes and estimation seemed seemingly excesses in his utterances and his doings,” he said.

“Ours now is to forgive, if any, for now is the time to leave judgment to the Lord and God alone,” he added.

The Archbishop was speaking in a sermon at a requiem mass held in honour of the late former President Jerry John Rawlings at the Holy Spirit Cathedral in Accra and monitored by GhanaPlus.com.

The requiem mass, a Catholic mass for the dead was first of series of events outlined for the four- days final funeral rite of the late Ghana’s charismatic leader starting Sunday, January 24 through to Wednesday, January 27, 2021.

The Former President and Ghana’s first president under the fourth republic, Jerry John Rawlings died on November 12, 2020 while on admission at the Korle-Bu Teaching hospital after a short illness.

He was 73 years old at the time of his death.