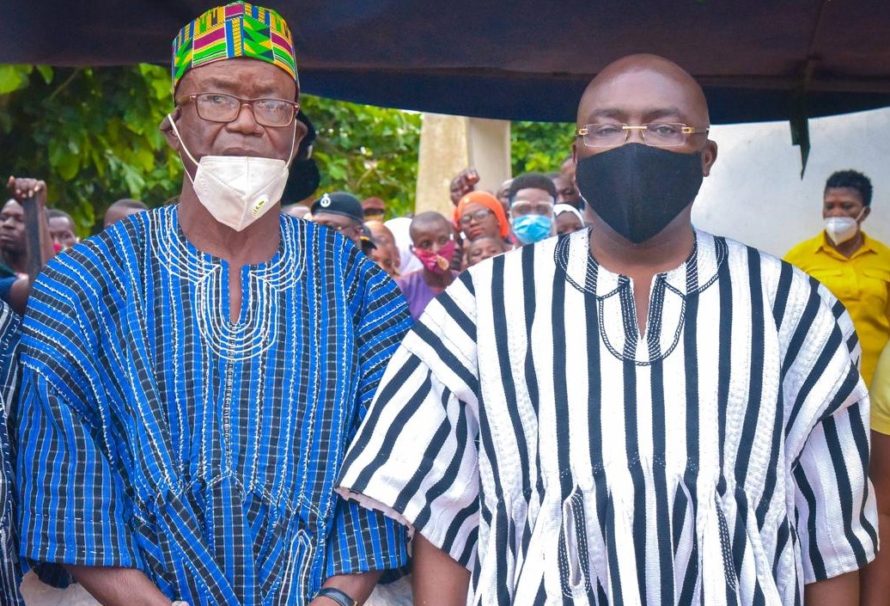 Speaking at a durbar in honour of the Vice President Dr. Mahamudu Bawumia in Gwollu, the ex-NDC member noted that the momentous developmental feats done by the reigning administration were what led to his transfer.

Dr. Bawumia, who welcomed him into the NPP, stated that his decision to join the NPP family was a clear sign that great things would soon begin and urged other members of the NDC who had faith in the beliefs of the NPP to emulate Mr Wavei.

“We are glad to bring into our fold a former NDC District Chief Executive, Robert Baka Wavei into our party. NPP represents development, and I wish to advise other NDC party members to follow in his footsteps,” the Vice President urged.

He also used the occasion to rally conquered NPP aspirants who fell in the NPP parliamentary primaries in the constituency to stand behind the party’s candidate.

“The parliamentary primaries are done and as I have spoken to my elder brother Patrick (Alhassan Adama, incumbent MP who lost the primary) he has agreed to offer his support and that of those who rally behind him to wholeheartedly fall behind Salifu (Naliwie Baluwie) for victory. The elephant is big enough to cover all of us so do not let us be divided as we are all one,” he advised.