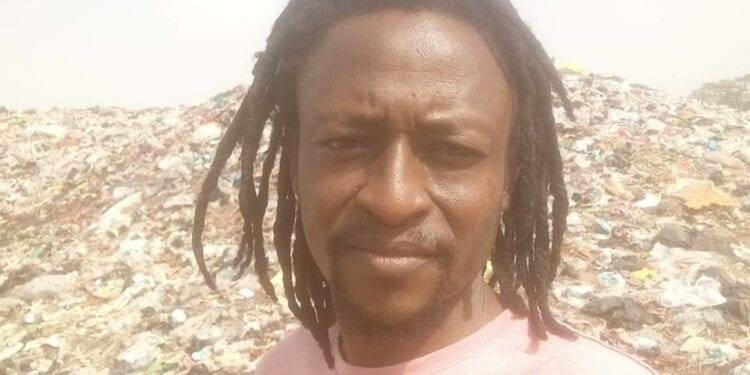 Full Text: Kaaka’s Family on why they won’t testify at the Ejura Committee of Inquiry

The family of the murdered social activist and #FixTheCountry campaigner, Ibrahim ‘Kaaka’ Mohammed has said they will not participate in the ongoing public inquiry into the circumstances which lead to the Ejura brutalities which claimed two lives and also injured four others.

The family made known the decision in an eight(8) point statement addressed to the Minister of Interior, Mr Ambrose Dery and the Chairman of the Committee.

GhanaPlus.com came across the letter in which they cited eight(8) reasons why they can’t be part of the investigation ordered by the President.

Below is the letter address to the Minister

Cc: Chair of the Committee of Inquiry Kumasi

We, the family of Ibrahim ‘Kaaka’ Mohammed,regret to formally notify you of our decision to not participate in the ongoing public inquisition, which is purportedly concernedwith the “circumstances that led to the unfortunate occurrences of Tuesday, 29thJune 2021”.

As you may be aware, we like many people in Ejura,welcomed and continue to appreciate the President’s decision to instruct you to inquire into the circumstances that led to indiscriminate killings of the people of Ejura by members of our military forces. We congratulate you on your decision to heed the call of civil society organizations to recuse yourself from the inquiry; and to set up a separate Committee of Inquiry.

However, events over the past few days, have left less certain of the scope, focus, real intent and even utility of the ongoing inquiry. As such, we feel let down in our enthusiasm for what we assumed would provide a much-needed opportunity for truth, soul searching and institutional accountability for state-sanctioned violence.

In addition,having sought and obtained independent legal advice as to the work of the Committee, and our rights vis-à-vis the Committee, we have become apprehensive of the substantive and procedural regularity of the Committee’s work. We are also now concerned that the Committee’s work does not provide the appropriate framework for a full, faithful and impartial inquiry, as envisaged under Article 278 of the 1992 Constitution. In this connection, we note, in particular:

(1)Our regret with the decision to not establish this inquiry using the powers provided for under Article 278 of the 1992 Constitution. We are concerned that the failure to institute a proper Commission of Inquiry under Article 278, means that this Committee of inquiry does not have the powers, rights and privileges of the High Court or a Justice of the High Court at a trial. As such, the Committee has no power to

(a) enforce the attendance of witnesses and examine them on oath;

(b) compel the production of documents; and

(c) issue a commission or request to examine witnesses, irrespective of where or who they may be.

Watching the proceedings over the past few days, we have found the Committee’s inability to enforce the attendance of witnesses and examine them on oath as well as to compel any documents, to be very puzzling. We are also concerned that these restrictions put the Committee i a position where it can neither vet,validate nor substantiate any statements made before it;nor cross-examine the testimonies of the witnesses on the basis of facts independently procured.

(2)That the terms of reference of the Committee are imprecise and confusing. As we have seen over the past few days, this lack of precision has regrettably caused the Committee’s work to be unfocused and digressive.

(3)The continuous encroachment of the Committee into questions which, as we understand,continue to be the object of a separate and concurrent criminal investigation. We are doubtful of the prudence in the Committee’s decision to extend its inquiry into questions which the Ghana Police Service has publicly claimed are part of its investigation into the brutal murder of our son, husband and father, Ibrahim ‘Kaaka’ Mohammed by assailants.

2(4)Our concern that the Committee is receiving testimony from persons who could potentially be called to testify in the criminal trial relating to the murder of Kaaka,or in the subsequent criminal trial of the individuals who are criminally culpable of the shooting of unarmed civilians and children in Ejura. We note in particular the failure of the Committee to do so without advising them of their constitutional right against self-incrimination and of their right to be attend the hearings with the assistance of counsel; nor advising them that nothing they say before the Committee is privileged and can be adduced against them in a criminal trial.

(5)Our apprehension of the wisdom in the Committee’s attempts to portray the live media coverage of the horrible events of Tuesday, as somehow causative, contributive or excusive of the criminal misconduct of members of our security forces. We are concerned about the Committee’s bizarre focus on the media and its routine recourse to pejorative or prejudicial language in describing the actions of media, including suggesting, and allowing the idea to percolate that the video recordings of the shootings by journalists could have been “doctored”. We are concerned that these instances not only suggest that the Committee has already made up its mind, thereby creating a perception of bias among many people but also that it is courting disaffection for the very journalists who put their lives on the line so as to inform the public of the same events the President described as “unfortunate occurrences”.

(6)Our concern that the Committee’s attempts to portray the media’s highlighting of Kaaka’s affiliation with the #FixTheCountry call to action as somehow rash and misguided, do not tally with well documented and easily accessibly evidence of Kaaka’s own self-description and online activism. We are disappointed, in particular, that the Committee’s haste to distance Kaaka from his #FixTheCountry online activism, in connection with which he received several death threats, some of which are captured on video; could potentially prejudice the ongoing criminal investigation into the circumstances and motivations of Kaaka’s murder. As we understand from the Police’s own public communication, the question whether Kaaka was murdered because of his online activism is probable a line of inquiry that is still an active part of their ongoing investigation.

(7)Our sadness that the Committee’s by its conduct has emboldened the ‘public lynching’ of our son Iddi Mohammed and given weight to a growing attempt to hastily cast Iddi as the murderer of Kaaka, even though this narrative directly contradicts the accounts of the two first responders, his mother and his wife; and even though the Police have arrested and continue to hold in custody two other suspects in connection with Kaaka’s killing.

In this connection, we the mother, wife, children, siblings and extended family of Kaaka are least competent to assist the Committee perform that mandate

For these reasons, we feel compelled to inform you that we are unable to participate in a process that seems ill-disposed to ensure truth and necessary institutional accountability. We are particularly concerned that our participation in these hearings might be construed as legitimizing the several inexcusable procedural irregularities we have above outlined.

‘All die be die’, ‘do or die’ comments: Prof Gyampo speaks on what hurts him the most

A Senior Lecturer at the Political Science Department of the University of Ghana (Legon), Professor Ransford Gyampo has reacted to...