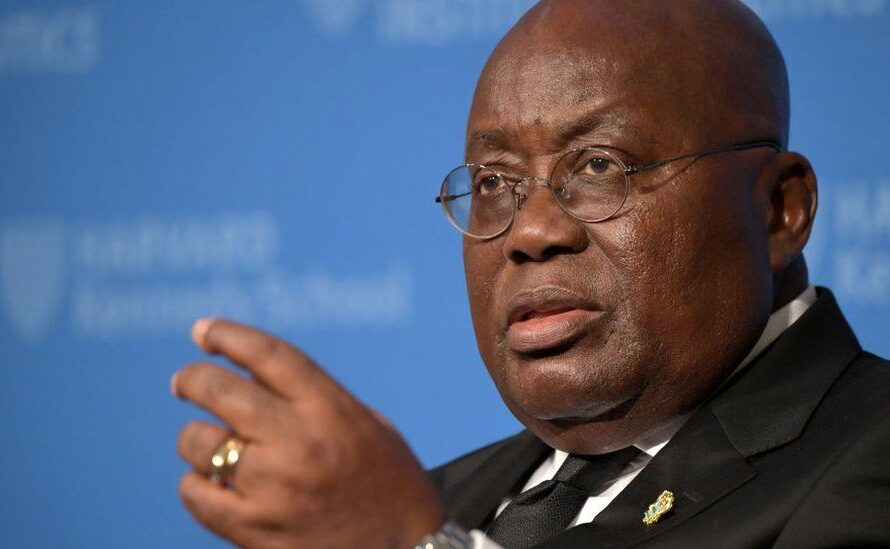 Galamsey fight: I will not act on hearsay, add evidence – Nana Addo

The President of Ghana, Nana Addo Dankwa Akufo-Addo has he was determined to crack the whip of persons fall foul to the county’s mining laws, status regardless.

However, he would do so with the need evidence to support claims of allegations of involvement by such persons adding he would not act on hear say.

“I am determined to enforce the laws on illegal mining no matter the subject, high or low. I will, however, not act on hearsay or mere allegations without more. I will not hesitate to act though where the evidence is hard before the police”.

The President made the remark while delivering a speech at the opening of the National Dialogue on Small Scale Mining on Wednesday April 14.

“And I will do so irrespective of the standing of the person or persons involved. That is the true meaning of equality before the law,” he added.

According to him, although there were aspects of national life in which partisan politics could not be done with; dealing with the issues affecting the mining sector should not be politicized since it was in the interest of the country.

“There are aspects of our national life which are of first subject matters of partisan politics. We must however come to the understanding that small scale mining with the requirement to do away with the illegalities in that sector should be beyond partisan he said.

“Some subjects simply cannot be part of our everyday politicking and I use this forum to insist that illegal small-scale mining and matters relating to it should be one of such issues requiring national efforts,” he accentuated.

A two-day National Consultative Dialogue is currently ongoing at the Accra International Conference Centre in Accra to solicit views, proposals and suggestions from stakeholders in the mining sector to address challenges, which includes unsustainable mining practices, pollution of  water bodies and destruction of viable lands .

Being organized by the Forestry Commission under the auspices of the Ministry of Lands and Natural Resources, the dialogue is expected to be the basis for the development of policy interventions to govern the small scale mining sector to reap it full benefit and to protect the environment.