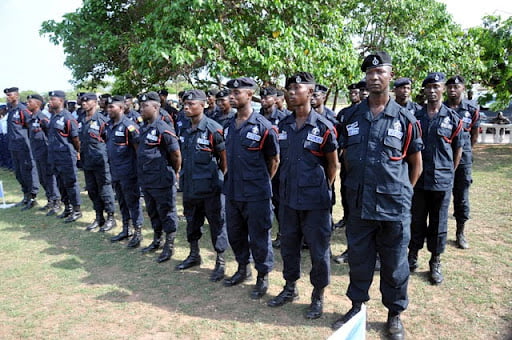 The Ghana Police Service has since January this year dismissed 28 personnel of the service for displaying acts of unprofessionalism.

This according to the service was a result of the complaints lodged by the public to the Service to which after investigations were found to be true.

The Service noted that a total of 181 cases of unprofessional conduct by Police personnel were filed from January to August 2020.

Superintendent Sheila Kessie Abayie-Buckman, the Director of Public Affairs of the Ghana Police Service, stated that the complaints revolved around instances of insubordination, intoxicated whilst on duty, and engaging in practices without the consent of management.

Others included were negligent of their duty which resulted in a prisoner fleeing from lawful custody, inability to make an entry in official documents, misuse of firearms, and absenteeism without permission.

READ ALSO:  A day-old-baby dumped in public toilet rescued by residents of Ashongman

During the investigations, 151 of the complaints were found to be partially true and apart from the 28 personnel who were dismissed others were disciplined through demotions, she said.

Mrs. Abayie-Buckman recalled that in 2019, a total of 291 complaints were presented to the Police Service of which 191 were proven guilty.

She added that the actions taken by the Police Service were of high standards of professionalism and all were dealt with equally.

However, 43 personnel from the Police Service Headquarters were awarded for their exemplary acts of professionalism between January and August 2020, she said.

“The Police Administration is making strides to ensure that all staff were educated to ensure that all personnel were exhibiting the desired traits of professionalism at all times as they perform their duties,” Mrs. Abayie-Buckman said.

“The Police Service will not protect or shield any personnel found to be behaving in an undisciplined manner or engaging in acts against the professional behaviour demanded of security agencies in the course of their duties to allow the name of the Police Service to be tarnished,” the Director of Public Affairs noted.

She further urged the public to exercise their duty in reporting police personnel who engage in unethical or unprofessional behaviours by bringing their complaints to the appropriate quarters adding that, not only should they report those who perform badly but also congratulate those who perform in a professional manner.