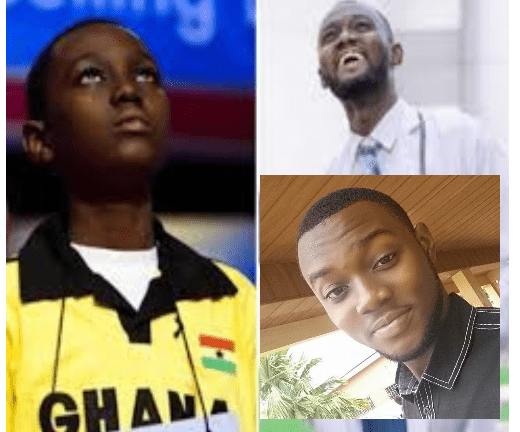 Winner of the 2010 Spelling Bee Championship, a literacy programme which teaches primary school children the effective use of the English Language, Darren Sackey has graduated from the Ghana Medical school ten years on.

Master Sackey was the third winner of the local version of the internationally acclaimed spelling programme first introduced to the country in 2007 and later represented the country at the Scripps National Spelling Bee competition in the United States of America.

Sharing the news of the young man’s achievement, The Spelling Bee Gh  on its twitter page on Tuesday, December 22, wrote “Spelling Bee Champion in 2010, Medical Doctor in 2020. Our 2010 Champion is officially a medical doctor after 10 years, congratulations Dr. Darren Sackey.

The tweet was accompanied by pictures of the young Darren Sackey together with the Minister of information, Kojo Oppong Nkrumah and another. There was also a current picture of him dressed in his medical regalia.

Mr Oppong-Nkrumah has reacted to the post and congratulated, master Sackey on his achievement.

Darren Sackey has also reacted to the tweet saying “Thank you @TSBeeGH. Wow! It has been a decade already!”

Master Darren Sackey was the 3rd winner of the Spelling Bee Championship in Ghana. After completing his Bee cycle, he furthered his education at the Achimota School in Accra where he studied General Science.

While there he was part of the schools Debates Team and the Science and Maths club.

In 2014, he gained admission to the University of Ghana Medical School to read Bachelor of Medicine, Bachelor of Surgery – MBBS and now officially a medical doctor.

The young achiever is currently a volunteer with the Young Educators Foundation and the President of the Presbyterian Health Fellowship (PHF).

Ghana's economy have been stabilized under my government- Akufo-Addo