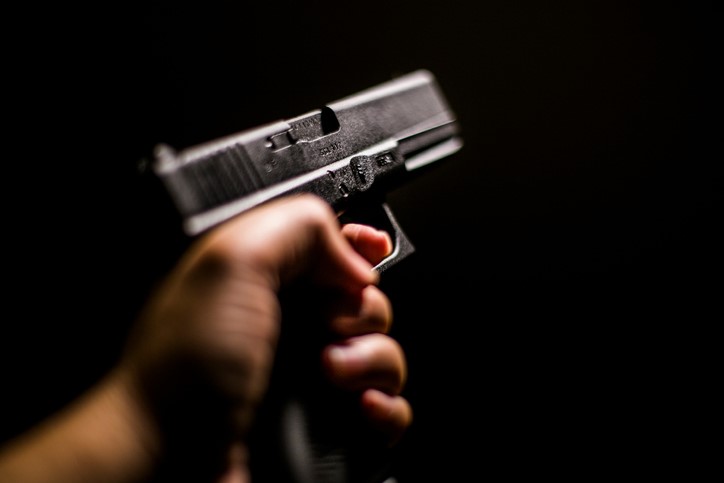 The gunman in the midst of the Ablekuma Central Collation center shooting incident in the just ended 2020 elections will be arraign before the Accra Circuit Court 4 today(Monday) December 14, 2020.

Information sighted by GhanaPlus.com on the Facebook page of the General Secretary of the Ghana Journalist Association, Mr Edmund Kofi Yeboah said the gunman only identified as Kola is expected to appear before the court at 8am Monday.

“Suspect ‘Kola’ is facing prosecution for the shooting incident that fractured the bone in the left leg of Journalist Pius Kwanin Asiedu, sending him to the theatre bed last Friday for a successful surgery,” part of the post reads.

News of a shooting incident at the Ablekuma Central Collation Center which saw two journalists and a police officer on duty sustain various degrees of injuries was reported on December 8, 2020 by the Ghanaian media.

The two journalists, one of whom identified as Pius Asiedu, a journalist with the news portal, newswatchgh.com sustained a fractured leg after he was shot in the left leg by the suspect and the other, a GBC Radio reporter, Doreen Ampofo, got injured from a heavy fall while fleeing the scene.

The suspect was reported to have fired the gun shot over a misunderstanding which ensued between the two major parties, the National Democratic Congress(NDC) and the New Patriotic Party(NPP) over figures on the pink sheet at the coalition center.

Pius has since undergone a successful surgery at the Ridge Hospital in Accra.