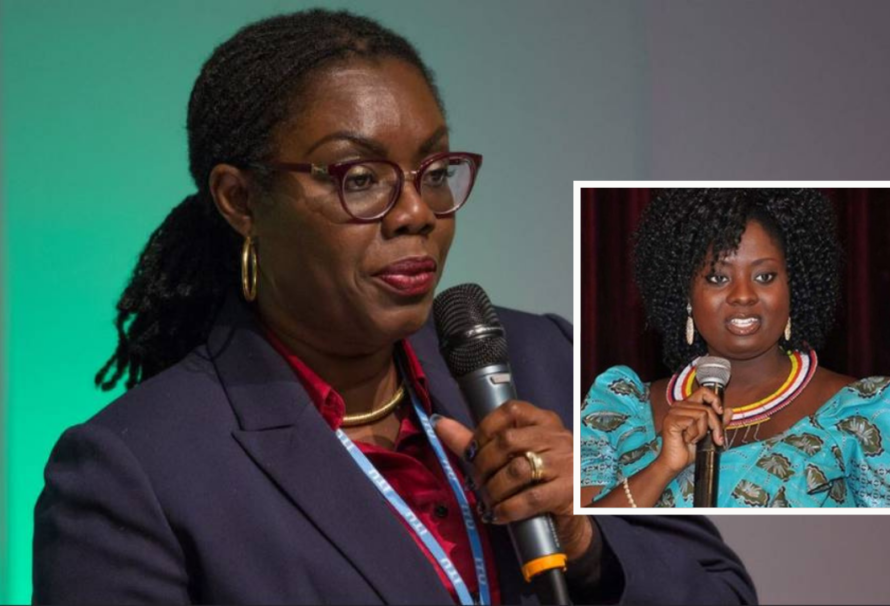 Member of Parliament for Ablekuma West constituency and Women’s rights activist, Ursula Owusu Ekuful has said although Victoria Hamah sabotaged her by tearing down her banners, she still defended her not to be sacked when her one million dollars saga came up.

The politician who was speaking in an interview on 2020 Woman on GHone TV said “In my gender advocacy, I do not politicize; so it does not matter which political party you are on. Indeed Victoria Hamah, when she got into trouble, hers was a very aggressive campaign. At times, quite offensive because she would park her Pick-up right in front of my mom’s home and be making a loud noise, tearing my posters down. When her problem came up about someone tape-recording her and she was removed from office, I didn’t believe it was right for her to have been removed from office”.

Ursula Owusu seized the opportunity to buttress her point that she does not politicize her advocacy for women, especially in politics.

According to Ursula Owusu, she supported Victoria Hamah because she strongly believed she was supposed to be given a 2nd opportunity like her male associates in the former Mahama governing body were provided to right their wrongs.

“I thought that much like men who made errors were offered another opportunity, a lot of them were sent to the presidency at that time, she should likewise have been dealt with just as leniently and compare the situation of women in the NDC who had actually lost their positions because of one thing or the other as against males who’d also been found wanting however were sent out to the presidency. I believe that the differential treatment of women in politics is wrong,” she said.