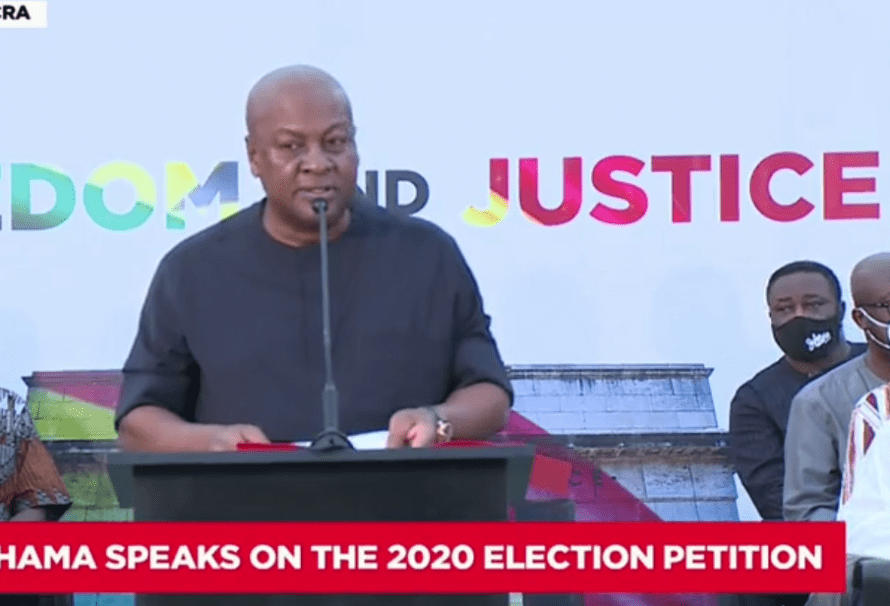 The 2020 Presidential Candidate of the opposition National Democratic Congress(NDC) and Petitioner in the 2020 election petition, John Dramani Mahama has said that he disagree with the Judgment passed by the penal of Judges today.

Mr Mahama, a former President of the country also noted he disagrees with the trial process.

He was addressing journalists and some party faithfuls at his office in Cantonments a few hours after the judgment.

He said all those who followed the proceedings of the nearly two-month hearing will not be surprised by the judgement pronounced by the Court on Thursday, March 4.

“Much as I am aware that we are legally bound by the decision of the highest court of the land, the Supreme Court of Ghana, I disagree with the process of the trial and the ruling of the court,” Mr Mahama stated.

According to the President of the Court, Kwasi Anin-Yeboah, “the petitioner has not produced any evidence to rebut the presumptions created by the publication of CI 135”.

“We are therefore of no reason to order a rerun. We accordingly dismiss the petition,” Justice Anin-Yeboah, who is also the Chief Justice, said in the judgment.