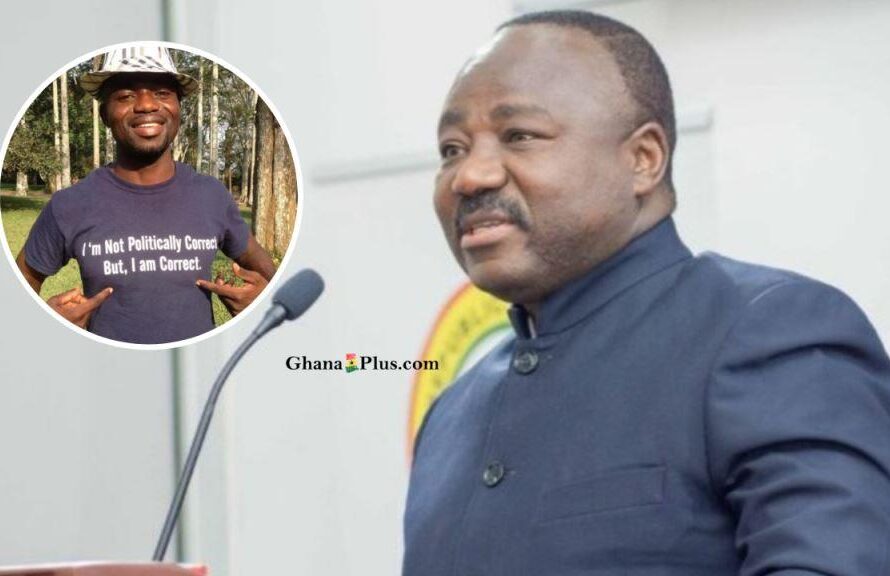 The sacked Chief Executive Officer of the Public Procurement Authority, Adjenim Boateng Adjei has said he never saw the ace journalist, Manasseh Azure Awuni as a threat since he took him as his very own son and mentee over the years he had known him.

According to him, their relationship was more of a father and son, and never anticipated that his trusted son could do what he did to him.

“He seems to be the only journalist in town who had unfettered access to me, Manasseh can call me any time that he wants to come over whenever he is working on something concerning procurement and he will come over for information about procurement and I gladly assist him, so he is not someone I saw as a threat that he can do something against me.”

He revealed that their relationship dates back to when the New Patriotic Party in whose administration he served was still in opposition adding that he took him as his son and willing to assist him with all his procurement needs and questions, the very purpose the journalist approached him in the first place.

Manasseh approached me in Humility

“Manasseh approached me with some humility. He was like a young man who showed signs that he wanted to learn something. I had an interest in him and anything he wanted to do involving procurement and so I said I would be ready to volunteer free knowledge because we all want the good for the country.

Mr. Adjenim Boateng Adjei made the disclosure about his relationship with Manasseh in an interview on Net 2 TV’ Hot Seat programme, monitored by GhanaPlus.com on Wednesday, November 11, 2020.

He noted that all he ever did was support a young man he believed in and even gave him some money on the number of times they met at Oak Plaza for himself just like a father would to a son.

“So I supported Manasseh in his work, I met him several times at Oak Plaza and I regarded him as my son.  I assisted him with any information he needed about procurement. He was probably the only journalist in Ghana who had unfettered access to me”.

And so he was surprised that the journalist could be part of a grand scheme purported to remove him from his office.

Mr. Adjenim Boateng Adjei disclosed that he was taken aback when the question which brought about his removal from office was asked by Manasseh because that was not part of the questions the journalist sent him prior to the interview.