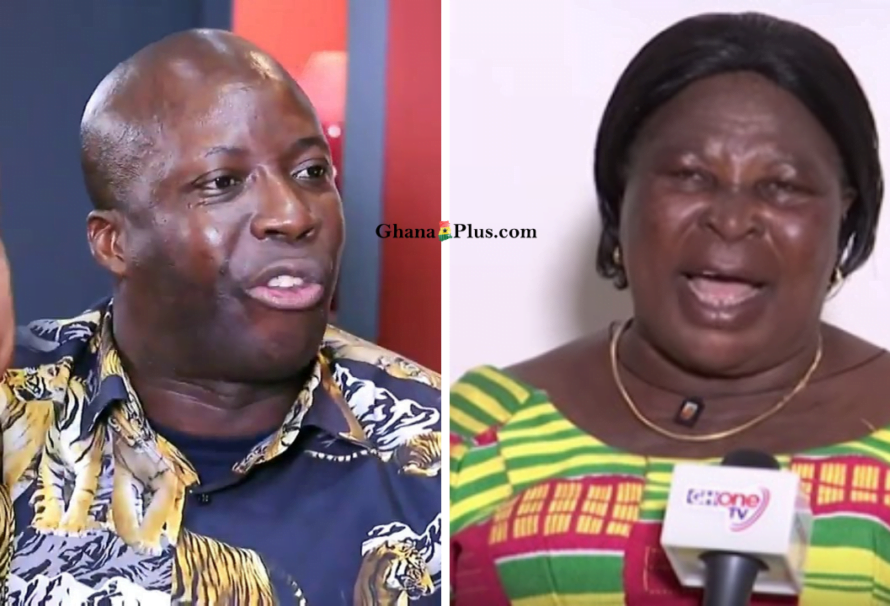 Head Pastor of Heaven’s Gate Ministries, Prophet Kumchacha has said that he would kill himself if ever the founder and leader of Ghana Freedom Party (GFP) Madam Akua Donkor wins an election in the country.

According to him, it would never happen in the history of Ghana for the 58-year-old farmer to become the country’s president, however, if it does happen, he would do these three things.

“If Akua Donkor ever becomes president in Ghana, me, Osofo Kumchacha, I will burn my church, secondly, I will drink poison and kill myself and thirdly, I would stage a coup d’état to remove her from office”.

The controversial prophet also swears to reward the astute cocoa farmer with 5 billion if the Ghanaian politician who has no records of formal education amass a total of 100,000 votes cast in the coming December polls.

In response to the prophet’s comment, Madam Akua Donkor said she was unperturbed by the assertion made by the man of God.

She indicated that there was a divine being who surpasses every aspect of man’s life and with Him, all things were equally possible and achievable including her dream of becoming the president in the 4th republic of Ghana.

Madam Akua Donkor rose to fame during the 2012 elections when she sought the consent of Ghanaian to vote for her and her Ghana Freedom party to lead the country as the first woman of the land.
However, her dream was cut short when she was barred by the Electoral Commission from contesting the elections.

The one time, Assembly woman for Herman in 2016, was also disqualified together with 12 other presidential hopefuls from contesting December 7, presidential race over some inaccuracies in their presidential nomination forms submitted to the Charlotte Osei led Electoral Commission.

Madam Akua Donkor is hopeful that she would be given the go-ahead to contest this year’s election and has promised among other things to make basic education which is already funded by the government free.