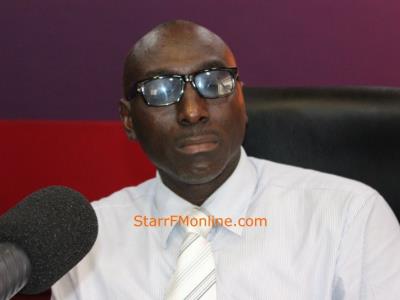 The Director of Legal Affairs of the National Democratic Congress (NDC) Mr Abraham Amaliba has hit back at his colleague legal practitioner and member of 2nd Respondent’s legal team in the 2020 election petition, Mr Frank Davies for asking him to learn from history.

According to him, he will not countenance such comment from his learned colleague if he descends in the same manner going forward.

Mr Amaliba was speaking on PM Express aired on JoyNews, the same platform, Mr Davies asked him to learn from history on Thursday, March 4, monitored by GhanaPlus.com.

The two were part of three panelists who were discussing the outcome and fallout from the 2020 election petition.

READ ALSO:  My quest was for justices not Kufour's mercy - Tsatsu Tsikata

However, responding to Mr Amliba’s claims, Mr Davies said the interrogatories in the 2013 election petition was not granted and referred the NDC lawyer to cross check from history so not to misinform the general public.

“And Mr Abraham Amaliba in 2013, the application for interrogatories filed by the petitioners was dismissed. Learn from history and go and read the report”.

Mr Amaliba who was obviously not happy with Mr Davies comment and tone with which he spoke described him as arrogant adding he takes strong exception to the comments and will not take it lightly if he uses same going forward.

READ ALSO:  I will serve in NPP government if am given the opportunity – Allotey Jacobs

“I want not speak to Frank Davies arrogance and I think that I will not countenance that again if he descends in that way”, he said.

Mr Amaliba maintained, the interrogatories were granted in 2013 and urged Mr Davies to also cross check his fact.

“But let me indicates that interrogatories were granted in 2013, what was not granted was the inspection of document so he should also go back and check his records,” he emphasized.