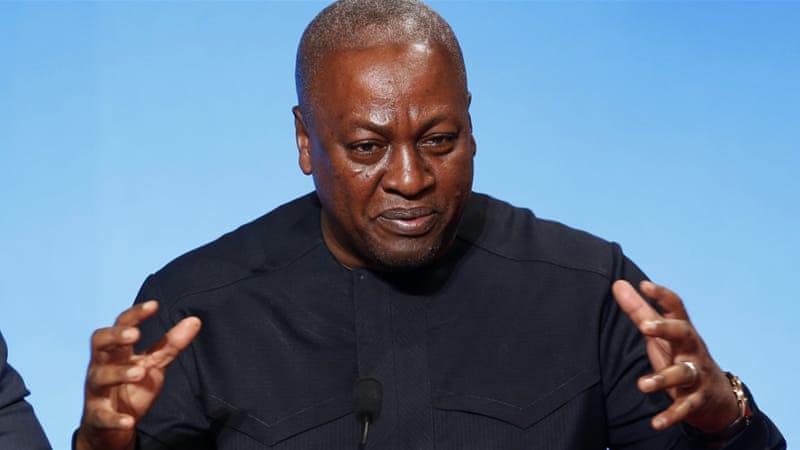 I will prosecute corrupt officials, even my own - John Mahama

Former President John Mahama has agreed, upon his appointment into office, to pursue and prosecute his appointees if they were caught engaging in corrupt activities.

He added that he would not shield nor protect them from the law but would actively pursue them rather than to wait for another administration to take up the issue.

Addressing supporters of the National Democratic Congress (NDC) at Dzodze, as part of his four-day tour of the Volta Region, the flag bearer of the National Democratic Congress (NDC) promised Ghanaians that his next government would not regress in its fight against corruption and would investigate all outstanding corruption cases.

“When NDC comes to power, we will investigate all noteworthy corruption cases and not only prosecute our adversaries but also warn officials and all citizens for we shall not wait for another administration to come and take charge for us,” he noted.

Mr. Mahama also added that the hands of the Special Prosecutor Martin Amidu has been tied by the Akufo-Addo government and this is why he cannot prosecute or pursue a corruption case pertaining to any government official or member of the governing New Patriotic Party for alleged corruption.

Mr. Mahama said the situation has weakened Mr. Amidu and thereby diminished the authority of his office.

He added that “there are indeed real cases before his office, however, the Special Prosecutor cannot look into them as restrictions have been placed on him,” adding that, “he can’t investigate them as they have stopped him“.

“As long as the offender is with the NPP administration, he, Martin Amidu, cannot do anything”, the flag bearer of the biggest opposition party said.

Adding to this ex-President Mahama questioned the reason behind the Akufo-Addo government’s decision to pass the controversial agreement between Agyapa Mineral Royalty Limited and the government of Ghana, despite the concerns raised by the Minority in Parliament over the deal.

He acknowledged the Minority in Parliament for drawing attention to the heightened risk of placing an ostensible second Sovereign Wealth Fund in a haven.

Mr. Mahama stated that the deal was shrouded in secrecy, as the individuals and shareholders behind the company were still unknown to Ghanaians.

“Currently the shareholders of the company are unknown and those who are behind them are also in the dark and whenever an instance of corruption arises the President clears them”, he added.

Mr. Mahama also questioned the carefulness of the government’s decision to mortgage the mineral royalties of Ghana for such an extended period of time when the current administration only had four months left in office amid concerns expressed by the Minority.

“As a responsible government, why must you invest in an offshore tax haven where it is known as a place where fraudulent transactions occur?” he asked.