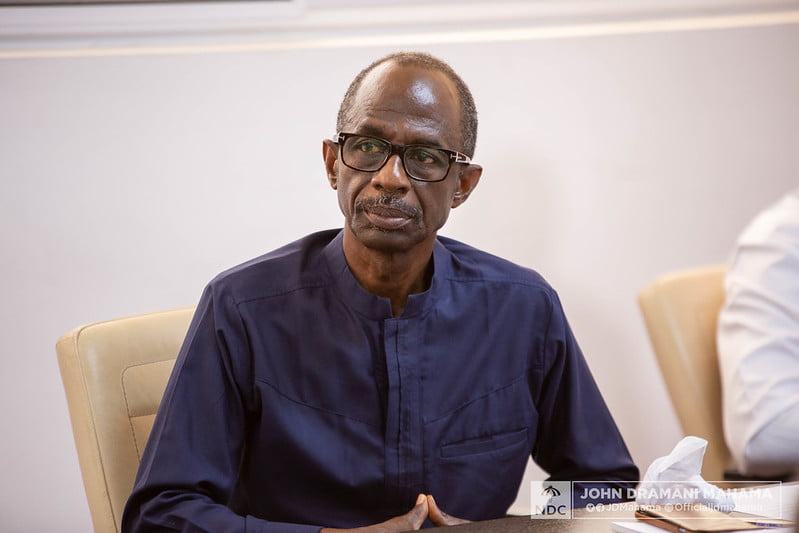 Johnson Asiedu Nketia, General Secretary of the opposition National Democratic Congress (NDC), has mocked the President of Ghana Nana Akufo-Addo over recent sod-cutting events held across the nation despite the upcoming 2020 elections.

Speaking at the Townhall Meeting in Kumasi in the Ashanti Region on the ‘People’s Manifesto’, Mr. Nketia was bewildered as to why the President was now performing sod-cutting ceremonies as he had ample time to do so in the past.

According to Johnson Asiedu Nketia, the government in power had failed in their attempts to gain favour by performing so-cutting activities to aid in their victory.

READ ALSO:  How Victoria Hamah sabotaged me but I supported her in her $1million issue - Ursula Owusu

He critiqued the NPP led government for preventing the importation of salvaged vehicles into the country, adding that, it heavily affected the Ghanaian businesses engaged in the used car business.

Mr. Nketia also expressed concern at the inability of the government to set up the Neoplan Assembly Plant but rather gave a foreign entity the freedom to set up shop in the country.

However, he noted that the NDC would soon launch a campaign to give a detailed explanation of their manifesto sector by sector.

The party, he hinted will have congregations with various individuals and groups to explain the manifesto and accused the NPP of stealing and implementing their policies after criticizing and describing them as empty.