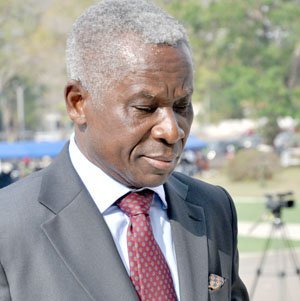 According to him, the unfortunate fallout from the 1979 coup, most especially, which led to lost of lives were not planned adding that it just happened and therefore urged those who suffered during those era to take heart indicating J.J Rawlings himself regretted lives lost during those times.

“To those who suffered, my heart goes out to them, he himself regretted that people lost their lives”.

The former colleague and friend of the late J. J Rawlings made the comment on the sideline at day-two of the final funeral rites of Ghana’s former military leader turned democratic leader and the first democratically elected President under the fourth Republic.

Speaking to TV3’s reporter on Monday, January 25,at the International Conference Center where the mortal remains of the late former president had been laid in state, he narrated his personal experience during the 1979 coup led by Flt Ltd J.J Rawlings and his Armed Forces Revolutionary Council (AFRC).

“I had a personal example of what happened in 1979, I was in the, military with him, my children we were under fire and then my neighbours who were next to me both the man and the wives were killed. What I tell their children, you see these things are terrible and you cannot console somebody who lost his mother and father on that day,”  he narrated.

Brigadier Nunoo Mensah advised that what the country ought to do was to ensure that what happened do not happen again.

“But what you should remember was that these kinds of situations were not prepared by him, they happened like an earthquake and you don’t know what to do about them, what you should do is to ensure that they don’t happen again,” he added.