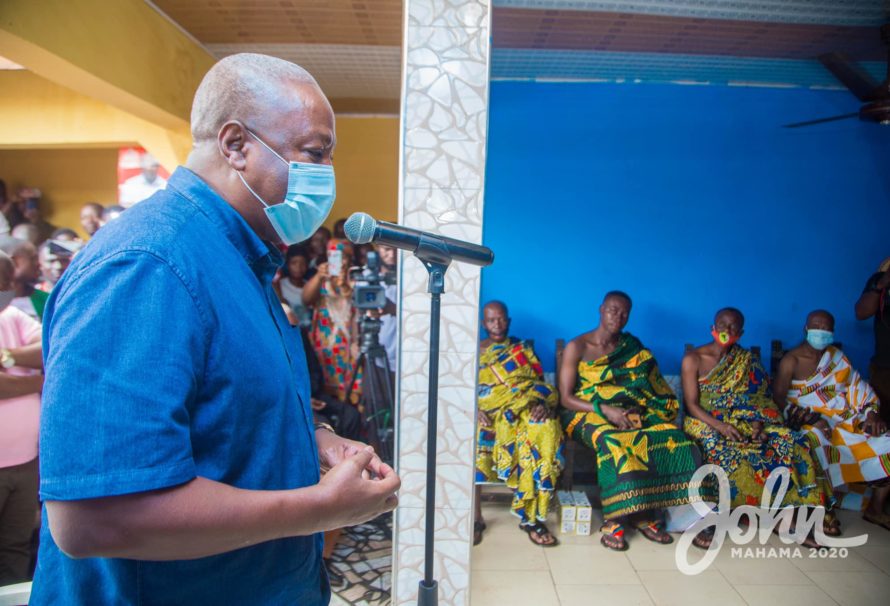 Former President John Dramani Mahama, flagbearer of the opposition National Democratic Congress (NDC), has advised Nananom to inform the New Patriotic Party (NPP) and its members to desist from inciting violence during the upcoming general elections.

According to him, the NDC had been known to be a party against violence as such could not be accused of inciting violence.

Speaking to the chiefs and people of the Bono Region during his campaign tour stated that “the NDC has been known to be peaceful. Hardly can you see the NDC engaging in violent activities, however, our rivals are violent. Considering the Ayawaso West Wuogon by-elections, the President paid no heed to the Emile Short Commission’s recommendation on the perpetrators who engaged in the act. And they are still carrying the guns which were used on the NDC around”.

“The saddening part is that the leaders of the NPP have speculated that more would follow during the December 7 elections. Nananom, it is good that your children are advised and it is time to caution the party in power to stop their violent acts. We the NDC won’t bring trouble,” he added.

The flagbearer of the NDC added that it is the will of God that someone is made kings and nothing can change that but if you are not appointed as king by God then you will definitely not become a king.

He further promised the chiefs and people that “the NDC will not engage in any violent activity; we do not own guns, we do not train vigilante groups to work for us because we know that Ghanaians would be very vigilant in the elections”.