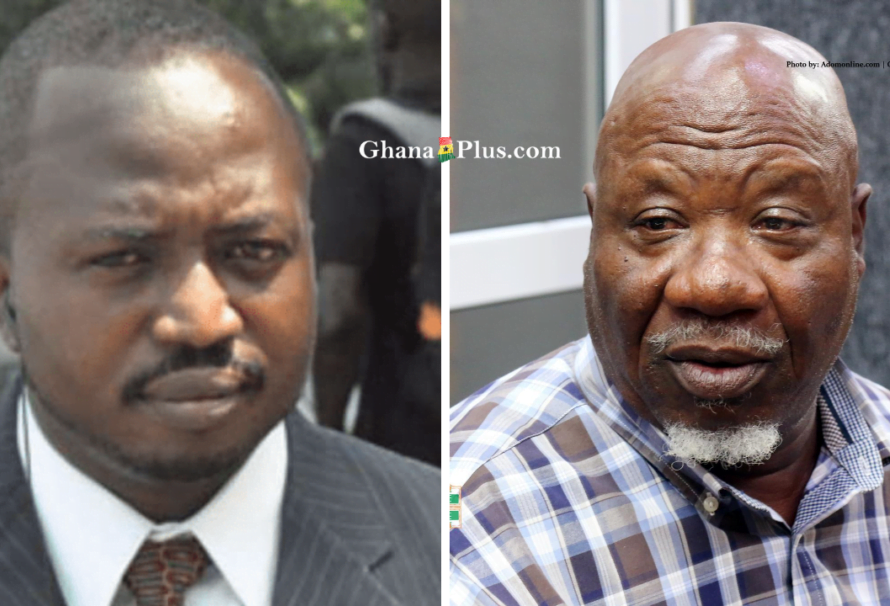 Mr. Stephen Atubiga, a member of the National Democratic Congress (NDC) Communication Team, has called on the management of the party to eternally remove Bernard Allotey Jacobs from the party as a matter of urgency.

Mr. Atubiga’s stance for the removal of Allotey Jacobs stemmed from the latter’s endorsement as a Presidential candidate for the ruling National Patriotic Party (NPP) Nana Addo Dankwa Akufo-Addo.

Mr. Allotey Jacobs has been noted on record saying that there was no possibility for John Dramani Mahama to win in the upcoming 2020 elections whiles he, Mr. Allotey, rallied behind Nana Addo.

The National Democratic Congress had earlier suspended Bernard Allotey Jacobs from actively participating in party duties on the charge of “persistent anti-party conduct”.

It added that the matter was placed before the Disciplinary Committee of the NDC for further action.

However, Mr. Stephen Atubiga, voicing his opinion on Good Evening Ghana on Metro TV, was of the view that Mr. Bernard Allotey Jacobs should be removed from the party for his behaviour which was against the values of the party.

“I have an issue with the fact that my party too has not issued a statement pertaining to the removal of Mr. Allotey and these are some of the things I have problems with. If the man says I’m dying, dig the grave for him to die,” he lamented.

Mr. Atubiga added that the upcoming elections was a serious matter, as such if anyone who believes that he/she is not ready to join in the struggle that they must be pulled out.

According to him, Mr. Allotey Jacobs was one of the key figures who tremendously aided the party and was not expected to behave in the manner in which he displayed.

“I am aware of the activities orchestrated by Mr. Allotey in bringing John Dramani Mahama into power yet the mere fact that you have an issue with a party member does have enough cause for you to take out your issues with the entire party. This is not a quality of being a leader,” Mr. Atubiga said.