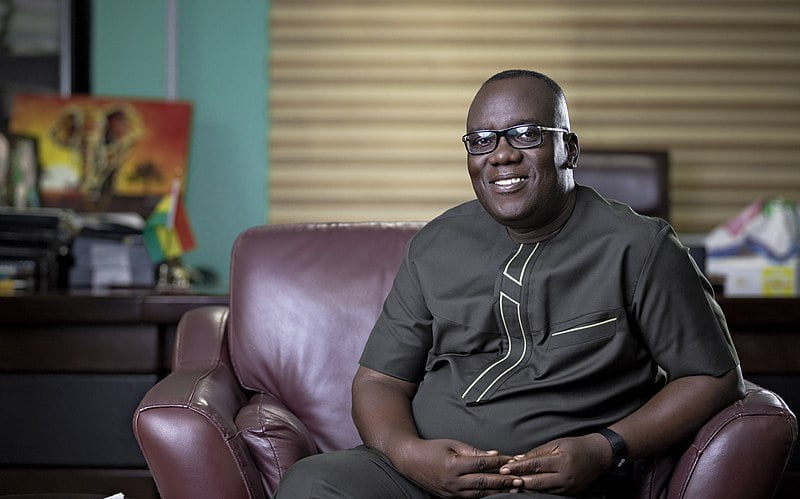 The Former General Secretary of the New Patriotic Party, Mr. Kwadwo Owusu Afriyie, popularly known in the political arena as Sir John, has been reported dead.

The report indicates that the Chief Executive Officer (CEO) of the Forestry Commission died of the COVID-19 disease, making him the first from the political scene to have died of the disease in the country since its outbreak.

His death is said to have occurred on Wednesday, July 1, 2020, at the Korle-Bu Teaching Hospital where he was seeking medical attention.

Earlier, the Health Minister tested positive for the disease and have recovered.

Director of Communications at the Presidency, Mr. Eugene Arhin in a Facebook post confirmed the death of Kwadwo Owusu Afriyie as he writes “R.I.P Sir John, Till we meet again!!”

Condolences have been pouring in across all media platforms from Ghanaians who have fond memories of the political gem.

Kwadwo Owusu Afriyie, popularly known as Sir John was born in the Ashanti Region of Ghana.

He later enrolled at the Ghana School of Law and graduated with Bachelor of Law and subsequently worked as a solicitor and counsel for the Supreme Court of Ghana.

Sir John is a Lawyer by profession.

The stung Lawyer and Politician was a member of the ruling New Patriotic Party and served as the party’s General Secretary from 2010 to 2014.

He, however, lost his bid to run the office for the second time to Mr. Kwabena Agyapong.

Under Ex-President John Agyekum Kufour, he served as the Head of Legal Services and Deputy Chief Executive Officer of the Ghana National Petroleum Corporation

In March 2017, he was appointed CEO of the Forestry Commission by President Nana Addo Dankwa Akuffo-Addo, a position he held heartily until his death.

He will be missed for his role in Ghana’s political history, especially, his role in the NPP and all the years he served and paid his dues to this beloved country of ours.