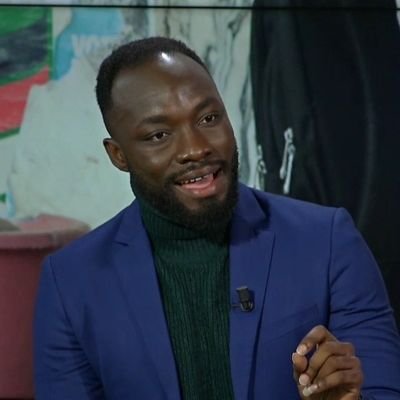 Captain Smart during an interview on Friday, February 26 on Angel FM monitored by GhanaPlus.com quizzed whether the activist was a man or a woman in his community.

However, LGBTQI activist who wasn’t happy with the question took an offence describing the question as dehumanizing, disrespectful and subsequently noted his unwillingness to continue the interview due to that particular question.

According to him, question being asked were very private and no one has the right to ask him such questions.

Part of the conversation as it ensues:

Captain Smart: “In your LGBTQI community, let me ask you a specific question, are you are man or a woman?”,

Ignatius Annor :   “I identify as a man and my tonal is she or him.”

Captain Smart: So you are him, you are not a she or?

Ignatius Annor : “I just answered your question Captain, you asked if I am man or woman and I just told you, I identify as he and my tonal is she or him.

Captain Smart : In your act as a gay, some act as men and some act as also women, what category do you belong?

Ignatius Annor : I find the question very very disrespectful and I will not answer your question.

Captain Smart: why? You are proud gay so you should be proud to tell us.

Ignatius Annor :  Captain excuse me, I find your question dehumanizing and disrespectful because I have not asked you as a straight man, I suppose you are, I will not ask you that question. So don’t get into my very private life and it is very unfortunate.

“Captain I find that very disrespectful and us a human been you don’t have the right to ask me that question,” he emphasized over the presenter’s insistence that he reveal in sex among the LGBTQI community.

Ignatius Annor, a former news anchor of Metro TV revealed he was gay however, denied his sexuality for fear of victimization and most importantly to protect his career as a media personality.