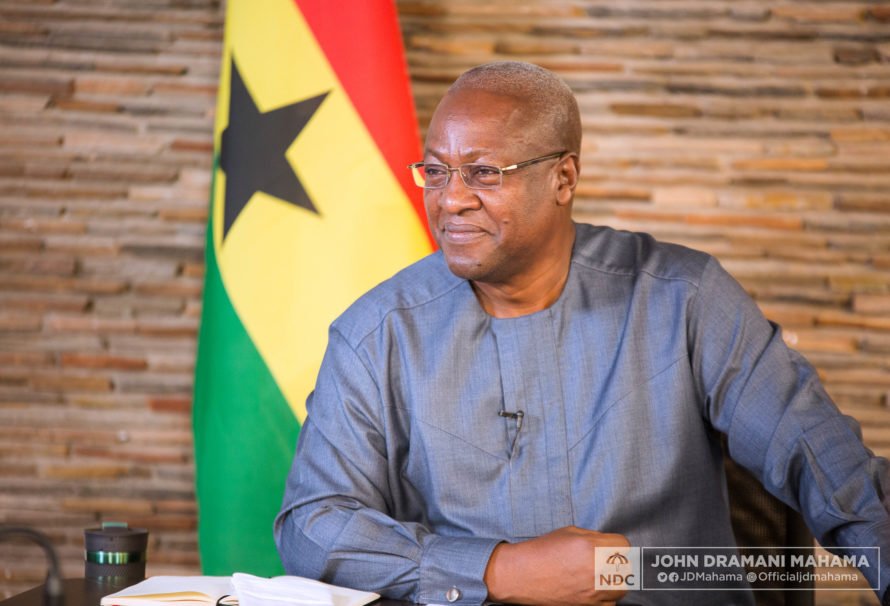 The Presidential Candidate of the National Democratic Congress(NDC), John Dramani Mahama has recorded a another error in its motion filed at the Supreme Court seeking the Chairperson of the Electoral Commission to admit errors in  the 2020 Presidential results declared.

The the motion filed on Monday, January 8, 2021is among other things seeking the Commission’s Chair, Jean Adukwei Mensa to admit that the figures and percentages announced on December 9, sum up to 100.3 instead of 100%.

With regard to the above statement, the 1st respondent who is the Electoral Commission (EC) announced the votes for the same 1st Respondent which is the EC.

This error in the new motion brings to two the number of times the petitioner has recorded errors in his election petition which seek to address anomalies in the 2020 Presidential elections.

In the first error, Mr Mahama was seeking the court to compel the EC to re-run the elections between himself and the 2nd respondent,(President) but made mention of the 1st Respondent who is the EC instead of the 2nd respondent.

“An order of mandatory injunction directing the 1st Respondent to proceed to conduct a second election with petitioner and 1st Respondent as the candidates required under Article 63(4) and (5) of the 1992 Constitution”.