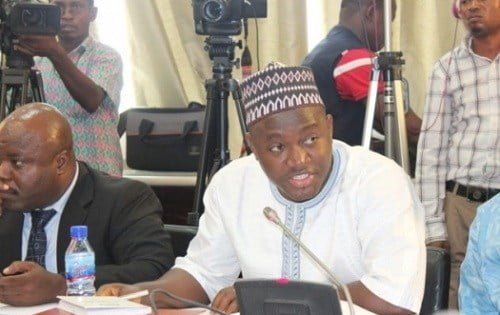 Alhassan Sayibu Suhuyini, Member of Parliament (MP) for Tamale North Constituency, has disclosed that the New Patriotic Party (NPP) is fearful of the infrastructural achievements made by the former President John Dramani Mahama.

Adding that, the NPP was aware that Ghanaians were disappointed in their administration as their infrastructure achievements were meagre over the past three and a half years.

The MP stated that the current administration was, therefore, making attempts to discredit Mr. Mahama and the National Democratic Congress (NDC) ahead of this year’s polls.

Alhassan Suhuyini made these statements in reaction to the Town Hall Meeting organized by Vice President Dr. Mahamudu Bawumia in Accra on Tuesday, August 18.

He added that since 2017, the Nana Addo Dankwa Akufo-Addo led-government had begun 17,334 infrastructural projects in the country, “Of these, 8,746 have been completed and there are 8,588 still ongoing,” Dr. Mahamudu Bawumia said.

READ ALSO:  Rebecca Akufo-Addo charge Ghanaian to retain the NPP "To Do More"

He further divulged that the Akufo-Addo administration was adopting a two-way approach towards infrastructural development in the country.

This approach, he noted, made it such that all individuals in the country could be covered under the project.

Dr. Bawumia told the gathering, among which were ministers of state and other dignitaries, that: “The first aim was to provide and cater to the infrastructure needs of the poor and deprived communities at the micro-level through the provision of water, toilets, clinics, electricity, and markets as many governments had previously ignored this.

“Secondly our approach was to cater for the larger infrastructural needs of the country at the macro-level to boost productivity and efficiency. These included all amenities that the citizenry would need to release their true potential to speed up the growth of the districts, constituencies, and cities.”

Yet speaking on TV3’s New Day Wednesday, August 19, Alhassan Sayibu Suhuyini said “former President John Mahama was to enter this year’s elections as someone who had done it before.”

“The 2020 elections this time is going to be, for every Ghanaian, between someone who did it before and someone who has done nothing.”