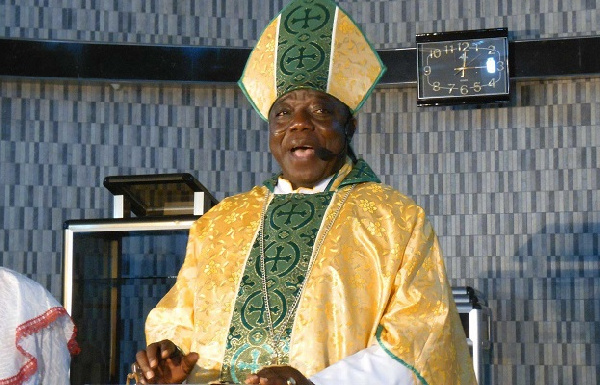 The Brawl which hit the Ghanaian Parliament on January 6th through to January 7 was prophesied by the Founder and Overseer of the New Jerusalem Chapel, Bishop Dr J. Y Adu on December 31, 2020.

Ghana’s Parliament on Thursday prior to the dissolution of the 7th Parliament and election of a Speaker of Parliament and subsequent swearing in of the 8th Parliament made a spectacle of itself to the surprise and dismay of many Ghanaians and international community.

From one brawl to the other, the parliamentarians throw insults and blows, fought, chase, hoot, hit and kick themselves and properties while another snatch ballot papers used for the elections.

Ghanaians including some MP’s have criticized what happened in the country’s legislative house describing it as shameful and a sad day for the country.

However, a video cited by GhanaPlus.com revealed what happened was prophesied 7days earlier on December 31,2020 during a 31st Watch Night Service of the church located at  Sokoban-Ampeyo in Kumasi.

In the short video, the prophet, Bishop Dr J.Y. Adu told his congregation to pray for the MPs because they will fight each other in the house.

He also indicted Journalists would also be beaten in the house.