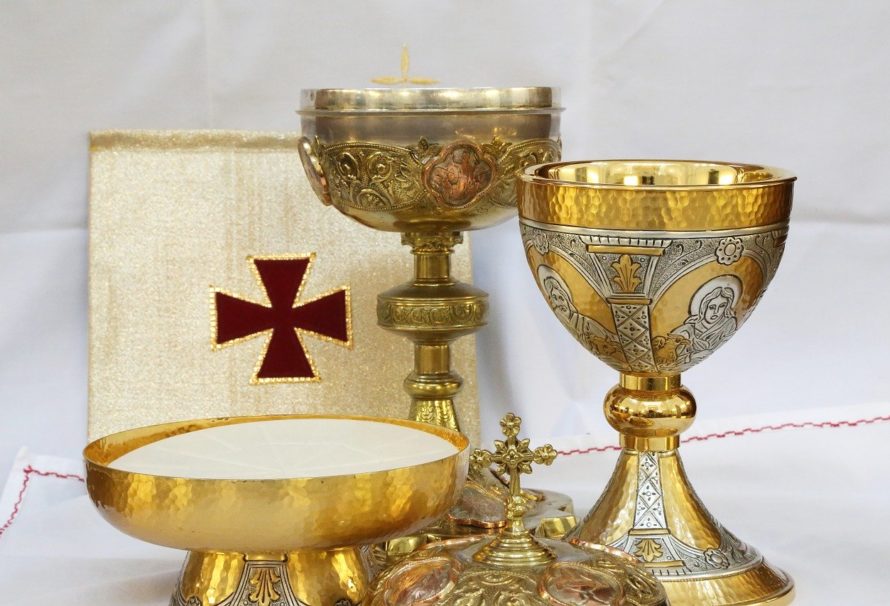 A twenty-year-old young man and resident of Old Abesim in the Sunyani Municipality in Bono Region of Ghana has been arraigned before the Sunyani Circuit Court for allegedly stealing a bowl containing Holy Communion or eucharist (wafers) and a chalice (or a standing cup that contains sacramental or communion wine).

The young man, Thomas Ayamga is reported to have stolen the sacred items from the Christ the King Roman Catholic Cathedral located at Area 4, a suburb of Sunyani on Friday, March 27, 2020.

The accused also took away a 55-inch and a 65- inch NASCO television sets during his stealing expedition at the church.

According to the report, Ayamga pleaded not guilty to the charges when he appeared before the court on August 14, 2020, and was subsequently remanded in police custody to reappear on Tuesday, August 25, 2020.

Fact of the case

Narrating the fact of the case, the prosecutor, Superintendent Joseph Apaloo, told the Sunyani Circuit Court presided over by Justice Sylvester Nii Okine, that Ayamga entered the Cathedral about 6.30 am on March 27, 2020, and stole the items valued at GH¢5,400.00.

He indicated that the accused was arrested at about 3.20 pm on August 7, 2020, after thorough investigations by the Criminal Investigations Department (CID) into the theft after a report was made to the police.

Upon a search, Supt. Apaloo said the missing items including the communion bowl with the wafers were retrieved from the room of the accused; however, he was unable to explain how the items belonging to the church got into his possession.

“After the necessary investigations, the accused person was charged with the offences“, Supt. Apaloo was reported to have said.