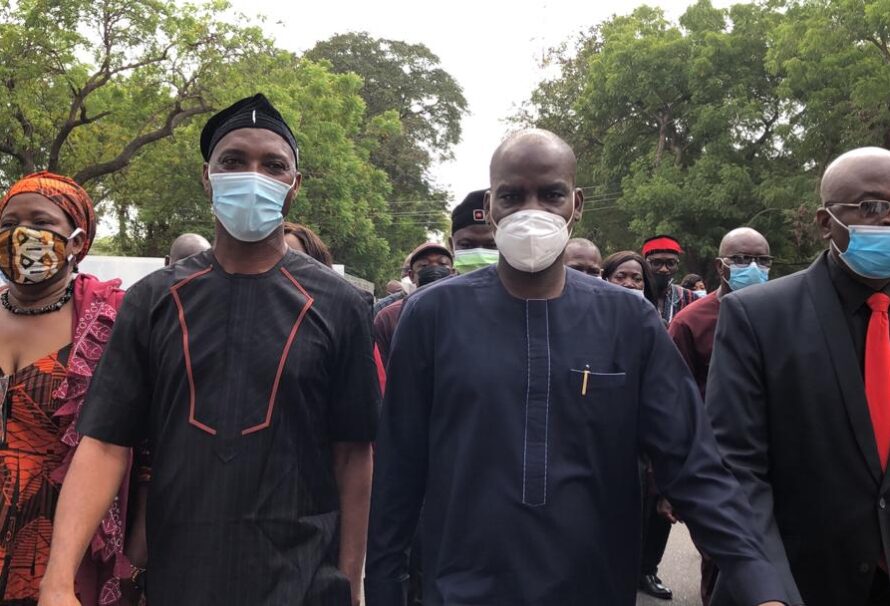 Members of the Minority summon to appear in court today, Monday, January 4 over their march to the Electoral Commission head office in Accra have failed to honour the invitation.

Myjoyonline report, the Minority MP’s, twenty in number including the Minority Leader, Haruna Iddrisu were absent when the case was called at the Accra Circuit Court 11, forcing the judge to adjourn the case without a new set date.

The MPs were dragged before the court by the Ghana Police Service following their march to the Electoral Commission on December 23, 2020 to present a petition to the commission over their grievances with the 2020 elections.

They were among other things demanding from the EC re-collation of the parliamentary election results of Techiman South Constituency.

The police in a statement of offence said the minority MPs  failed to notify the police before holding the special event contrary to sections 1, 2 and 9 of the Public Order Act.

They were among other things charged with unlawful assembly contrary to section 202 of the Criminal Offences Act and acting in a like manner to breach peace.