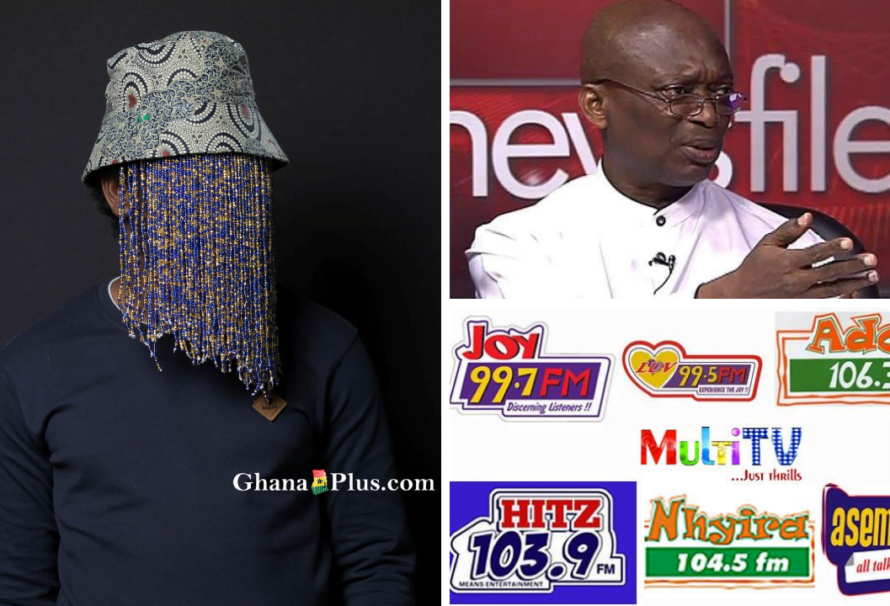 Multimedia begged Anas for out of court settlement - Kweku Baako

The Multimedia Group Limited (MGL) pleaded with ace investigative Journalist Anas Aremeyaw Anas for an out of court settlement over a defamation case filed against the group and three of its staff last year, Editor-in-Chief of the New Crusading Guide newspaper, Abdul Malik Kweku Baako Jnr has disclosed.

According to him, he mediated the settlement when the management of the group reached out to him to intercede on their behalf.

“The Multimedia people last year made an intervention; they came to me and pleaded for me to talk to Anas to let them off. That time Anas was in the UK, so I even called him in their presence at the base and they agreed that they would do a retraction and apology and Anas agreed” he said.

The ace journalist made the revelation on Metro TV’s Good Morning Ghana on Thursday, August 13, 2020.

Mr. Baako was, however, surprised at why it took the group only two days ago to publish the apology and retraction which should have happened last year.

“I was surprised that it took so long because it was last year that we did the negotiation. I have double-checked and I realized that the delay was on both sides in a way but more on the side of the Anas side, I think they were very strict and I have no problems with that in terms of the content and things. But, bottom line, I think the Multimedia people have done justice and done the retraction and apology, now the out-of-court settlement is a consent judgment which has the effect of a legal judgment“.

Just two days ago, graphiconline reported that Adom TV has apologized to Anas over false allegations made concerning the ace investigative journalist.

According to the report, management of Adom TV apologies and retracted false allegations of bribery, corruption, extortion, and impersonation made against investigative journalist Anas Aremeyaw Anas on one of its radio stations adding that the allegations were unfounded.

The Investigative Journalist, Anas Aremeyaw Anas in April last year sued the multimedia group, three of its staff, and Member of Parliament for Assin Central, Kennedy Agyapong over an alleged defamation comment made by him on the Adom TV’s Badwam Mpensempensemu show which he said injured his hard-earned global reputation.

Retraction and Apology from Multimedia Group