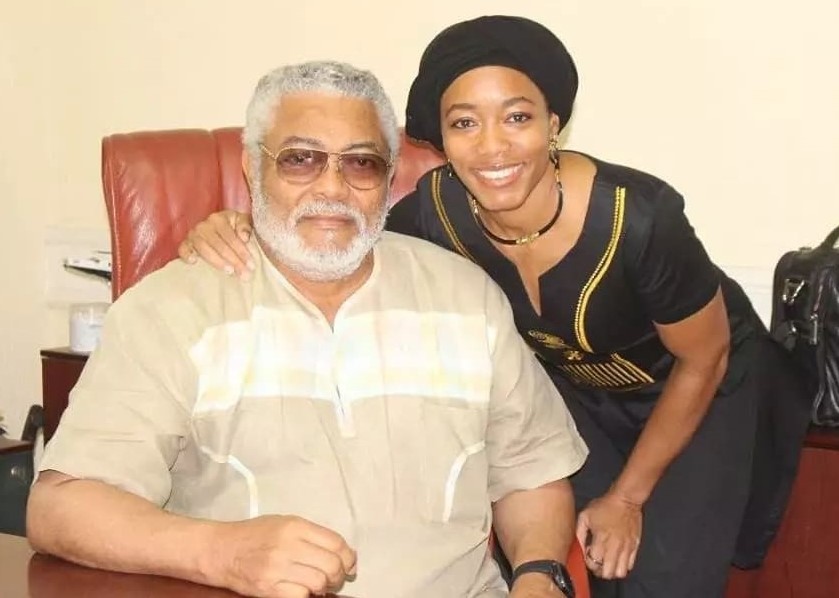 The first daughter of the late former President, Jerry John Rawlings, Dr Zenator Rawlings has said that among the many reasons why she and her siblings did not spend much time with their father while in office is that his father didn’t want them to grow up in airs of superiority by virtue of living in the Castle.

She stated that her father didn’t want them to feel superior over others hence, his refusal to let them stay with him at the then seat of government, the Osu Castle.

“At the time there wasn’t much stability, there was a threat to his life at some point and he didn’t want us to be a part of that, so he felt that if we lived in a separate location it kind of decrease the risk,” she said.

She added “He also didn’t want us to grow up in airs of superiority by virtue of living in the Castle, it was just to give us a life as normal as possible.

Dr Zenator, a Member of Parliament (MP) for the Klottey Korle Constituency made the revelation at a round table discussion at a vigil held at the Air Force Officers Mess in Accra in honour of her father and Ghana’s first President under the fourth Republic J J Rawlings on Sunday, January 24.

She explained they spent a very short time with their dad while growing up.

“Which meant we didn’t see him as often, but when we did there was always something, he wanted to impact so much knowledge; teaching me and my siblings how to drive before our feet could even touch the gas pedal, teaching us how to drive the model plane, and to ride our bicycles.”

I deliberately distance myself from my daughters to protect them


Jerry John Rawlings in an interview prior to his dead said he made a deliberate decision to distance himself from his daughters, especially, because she wanted to protect them and save them from any emotional difficulties in case any thing happens to him in line of duty as a military leader and subsequently, President of the Republic.