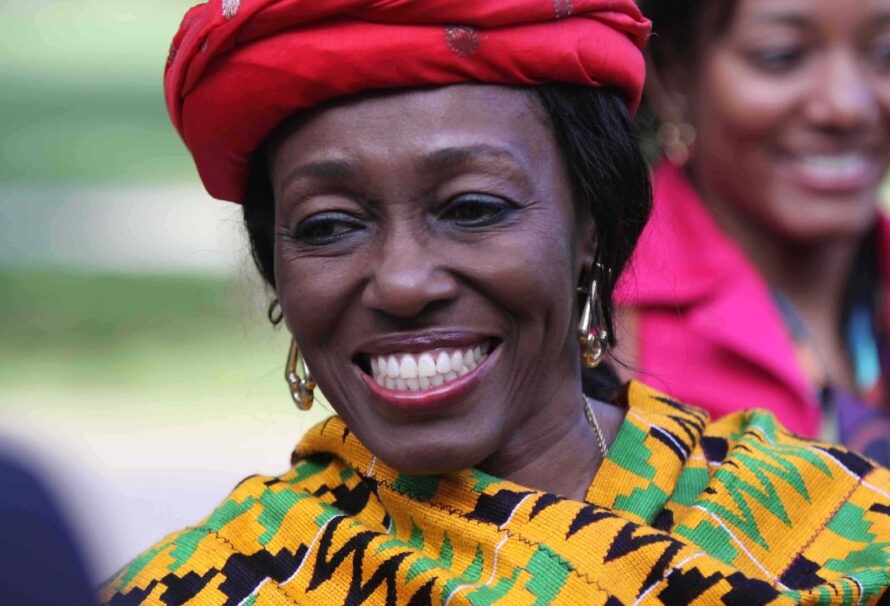 The National Democratic Party (NDP) has debunked media report that the flag bearer of the party and former first lady of Ghana, Nana Konadu Agyeman Rawlings has redrawn from the 2020 polls which is exactly two weeks away.

At a press conference in Accra on Monday, November 23, the Secretary General of the party, Alhaji Mohammed Frimpong said, the wife of the late former President, Jerry John Rawlings and the party had not made such a decision and urged the public to take no notice of the claims.

He indicated that it would be inappropriate to discuss such an issue with her while she was still mourning her late husband.

“We the executives in keeping with tradition have not approached this discussion with her, as we know and understand that she needs time and space to grief” the NDP Secretary General said.

He, however, added that the party would engage the former first lady about the issue going forward and relay subsequent development to the public.

We are still campaigning -NDP

Alhaji Mohammed Frimpong said, the party’s preparations towards her victory in the December polls were vehemently in progress and do not have any plans of given in to the wishes of the detractor.

“We will like to inform the general public that our campaign is ongoing and our parliamentary candidates are out there canvassing for votes and our regional and constituency executives as well as supporters and sympathizers are still campaigning, he said.

“It is our wish that she could gather the strength to lead our party.  We intend not to glorify the wishes of our detractors.”

The flag bearer of the NDP, Nana Konadu Agyemang Rawlings was reported to have bow out of the December 2020 polls due to the death of her husband and former President of Ghana, Jerry John Rawlings some weeks ago.

The report follows several calls from a section of the public and some members of the National Democratic Congress(NDC), a party founded by her late husband to pull out of the presidential race in honour of her late husband.