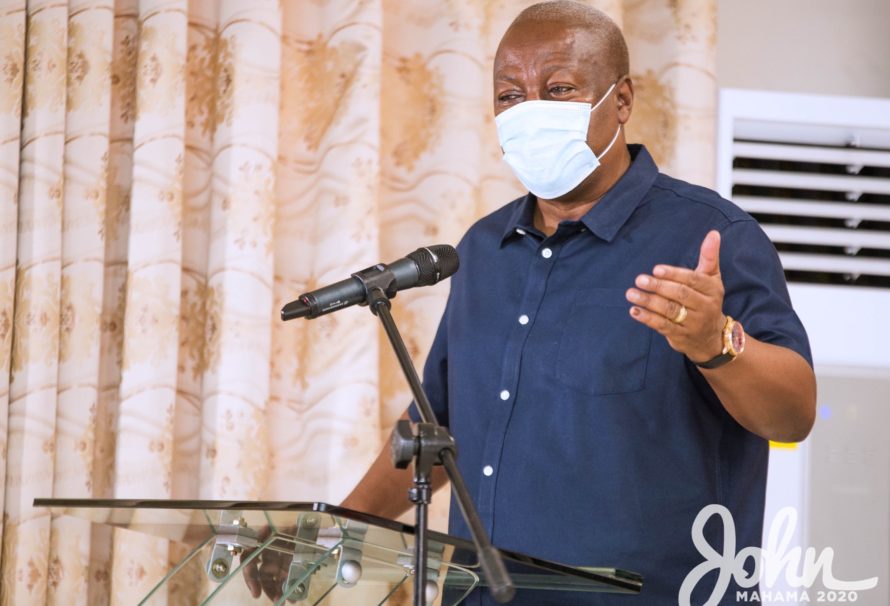 The National Democratic Congress (NDC), yesterday in Accra, launched their manifesto entitled ‘The Peoples Manifesto’ under the theme ‘For Jobs, Prosperity, and More’.

Former President and Flag Bearer of the NDC John Dramani Mahama, launching the Manifesto said the election of the NDC into power would spark a new beginning for the country.

He stated that the manifesto held the change all Ghanaians were seeking for and he would ensure that that dream was achieved.

Mr. Mahama noted that the manifesto held key strategies that would further enhance the growth of the country, increase employment, and curb corruption.

Among other things, he said ‘the Big Push’ where $10 billion dollars would be used to for the infrastructural development of the country would bring along an increase in agriculture, the introduction of 5G network, completion of the eastern and western corridor roads as well as the construction of numerous projects within the country.

“And all these would be done by registered and tax-paying Ghanaian businesses to ensure that the money stays within the country,” he added.

Professor Kwaku Danso Boafo, Chairman of the Manifesto committee speaking at the launch said the manifesto contained reports from key individuals and Civil Service Organisations as well as reports from committees set up to find the faults that may arise within the sectors of the economy.

Pillars of the Manifesto

He stated that the manifesto revolved around six themes, adding that “the first being Fixing the Economy, Uniting under Poverty where all the economic issues and proposals will be listed.

“The second is Promoting Human Development where all the problems of education, health, and social sectors would be addressed.

“The third, Providing Infrastructure for Growth where sustainable programs such as the ‘Big Push’ would be addressed.

“The fourth, Creating Sustainable and Decent Jobs where job creation would be scrutinised so that we can create jobs where people would earn enough money so that they and their families can live well.

“The fifth focuses on Good Governance, Anti-Corruption, and Accountable Government where a big anti-corruption scheme would be placed titled ‘the sting’. To this end, I urge all those who engage in corruption to stop and look elsewhere.

“And the last is Deepening International Relations and Foreign Affairs where we shall focus on improving international relations as well as fully utilising the African Continental Free Trade Agreement,” Prof Danso Boafo added.