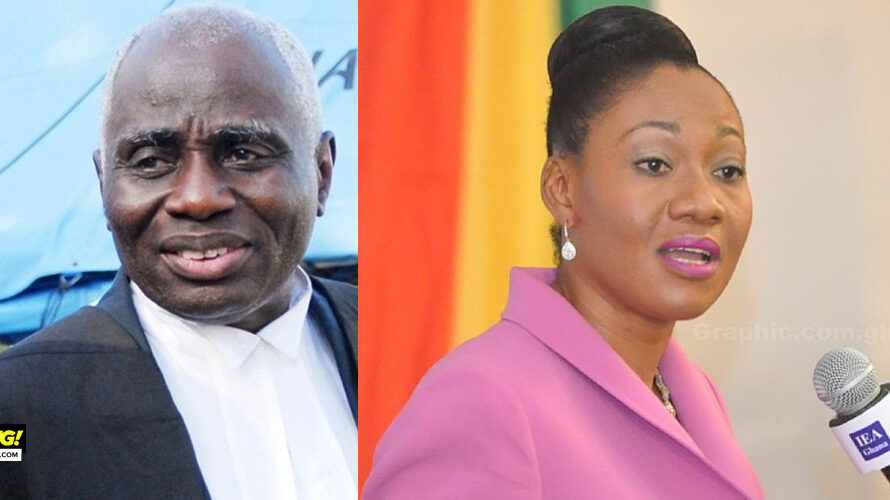 The much anticipated cross examination between the lead council for the petitioner, Lawyer Tsatsui Tsikata and the Chairperson for the Electoral Commission, Jean Mensa will not happen after the Supreme Court today, Thursday, February 11 ruled that the latter cannot be compel to testify by the petitioner.

The ruling comes days after the EC Chair elected not to testify after its  lawyers  move for the closure of the 2020 election petition filed by the flag bearer of the National Democratic Congress in last year’s election, John Dramani Mahama to declare null and void the results declared by the EC on December 9.

Moving for the closure of the case, Justice Amenuvor , lawyer for the EC said given the petitioner’s witnesses evidence during the cross examination, the 1st Respondents do not wish to lead any further evidence.

According to him, the petitioners have not presented enough evidence for the relief the sought from the court and they could only compel his client to do so if they did.

READ ALSO:  NDC will not recognise Akufo-Addo as President

However, the lawyer for the petitioner, Lawyer Tsatsui Tsikata in an earlier argument on Tuesday, February 9, said Jean Mensa elected to testify when she filed her witness statement.

He also  noted the EC admitted in two earlier affidavit  in responds to petitioner’s motion for interrogatories made know she will be available for cross examination.

The Supreme Court, in a unanimous decision however overruled the petitioners request to cross examine the EC Chair, only returning officer in the 2020 elections.

The court explained there there was no law that forces them to subject a witness to testify against his or her will.

In the ruling President by the Chief Justice, Justice Anim Yeboah on behalf of the nine member panel, he indicate the court cannot extend its mandate beyond what the law mandates them to do so therefore cannot employ societies laws to subject the witness to testify.

Again he held that filing the witness statement by the EC doesn’t not mean admission to testify because the statement could only to admitted as evidence after the Chairperson had taken the oath of affirmation.

Lawyer for the petitioner, however, revealed to the court, the petition will subpoena the EC Chair to testify.