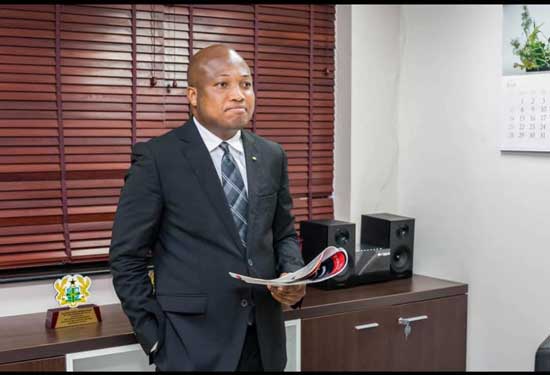 Mr. Okudzeto Ablakwa took to his Facebook page today, August 7, to express his appreciation to his constituent

The North Tongu Constituency of the Volta Region has registered a total of Sixty Thousand Two Hundred and Thirty (60,230) eligible voters in the just ended voters registration exercise, the Member of Parliament for the constituency, Mr. Samuel Okudzeto Ablakwa has disclosed.

The increase in the total eligible voters on the constituency ‘s voters’ roll comes amidst reports of military brutality in the Volta Region, which is the stronghold of the opposition New Democratic Congress (NDC).

Earlier, the NDC accused the Nana Addo Dankwa Akuffo-Addo government of purposely deploying a large number of military personnel to the Volta Region to frustrate eligible voters who wished to take part in the exercise.

The personnel which some members of the New Patriotic Party (NPP) explained were there to ensure security at the country’s borders and also prevent foreigners from registering, the NDC indicated intimidated members of their party from taking part in the democratic exercise.

Mr. Okudzeto Ablakwa took to his Facebook page today, August 7, to express his appreciation to his constituent for turning out in their numbers to register against the odds.

“I thank my beloved constituents for defying the odds, like many other Ghanaians, to get their names on the new register”.

“Hopefully, the unfounded fixation of having an ECOWAS Register shall now give way to the execution of bold transformative policies that will make Ghana the land of real opportunities and the indisputable reference point in ECOWAS, the AU and beyond” the post added

The registration ended on Thursdays, August 6.