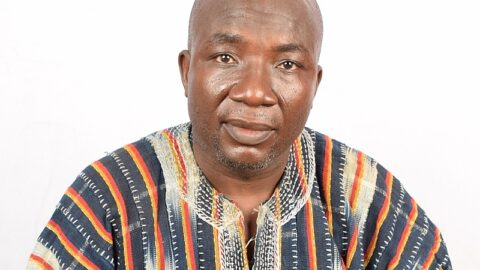 The New Patriotic Party (NPP) is barely waking up from the death of it murdered Member of Parliament for Mfantseman Constituency, Ekow Quansah Hayford and the party has been hit by another tragic death.

Media report gathered by GhanaPlus.com has disclosed that the NPP’s Parliamentary Candidate for Yapei-Kusawugu Constituency in the Savanna Region, Hon. Abu Mahama Abudu, better known as Abu Kamara has died in a car accident.

The sad incident which took the life of the parliamentary candidate alongside his aid Kotochi Makers (Young Chief) and another, the report said occurred at Datope near Tamale in the Northern Region when returning from a campaign event at about 10:39 pm, Friday, October 16, 2020.

A statement issued by the Yapei-Kusawgu Constituency Secretary of the party, Mahama Mbonwura has since confirmed the news of the parliamentary candidate’s death.

“With a heavy heart, I announce to you the sudden demise of Hon. Abu Mahama Abudu A.K.A. Abu Kamara and his Aid Kotochi Makers A.K.A. Young Chief in an accident at Datope near Tamale. Hon. Abu Kamara is the parliamentary candidate for Yapei-Kusawgu constituency,” the statement said.

The mortal remains of Mr. Abu Kamara have since been deposited at the Tamale teaching hospital.

Mr. Abu Kamara, just like the murdered MP, Ekow Quansah Hayford has already filed his candidacy in the December 2020 election as the Parliamentary Candidate for the Yapei-Kusawugu Constituency on the ticket of the NPP with the National Democratic Congress (NDC)’s John Abdulai Jinapor being his main contender.