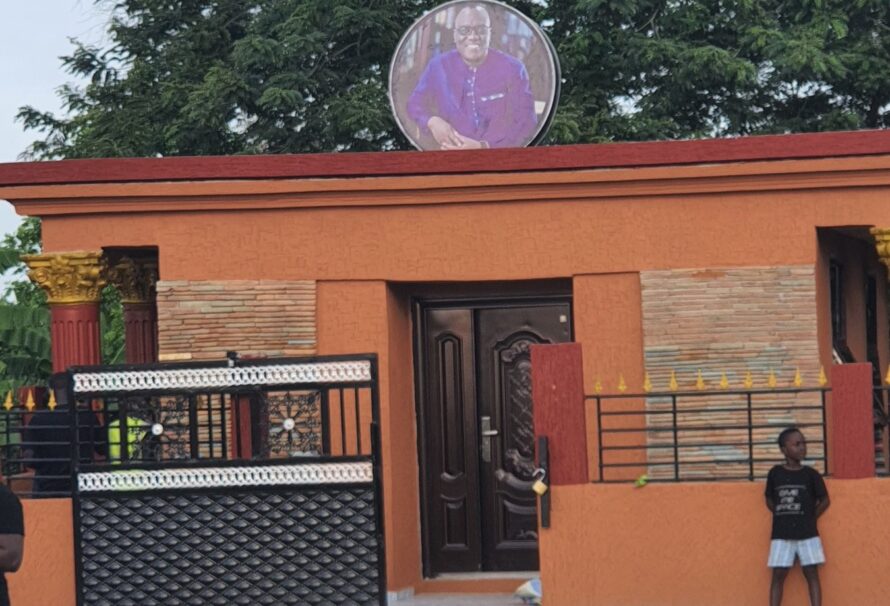 Photos of a beautiful edifice mounted to hold the mortal remains of the Former General Secretary of the New Patriotic Party, Mr. Kwadwo Owusu Afriyie, affectionatly called Sir John in the political circles has emerged on the social media.

The beautiful structure situated at Sakora Wonoo in the Ashanti region had the picture of the NPP politician, graced with his infectious smile mounted on top of it.

Sir John, until his dead was the Chief Executive Office of the Forestry Commission of Ghana.

The Founder of the Atta-Mills Institute, Mr Samuel Koku Anyidoho sho shared the pictures in a twitter post sighted by GhanaPlus.com wrote “This is where the mortal remains of Sir John will be interred in his holy village of Sakora Wonno”.

This is where the mortal remains of Sir John will be interred in his holy village of Sakora Wonno. pic.twitter.com/Iz7wBYXaOt

The final funeral right of the celebrated politician is currently underway at Sakora Wonno in the Ashaniti Region.

READ ALSO:  Stop breaking our family; we did not use our fathers for ‘sika duro’ – Keche

The ceremony which begun on Wednesday, June 2, will travel through, Thursday, Friday and Sunday, June, 3rd , 4th  and 6th respectively.

He was reported to have died of COVID-19 making him the first politician to have succumbed to the disease which has killed millions of people worldwide.