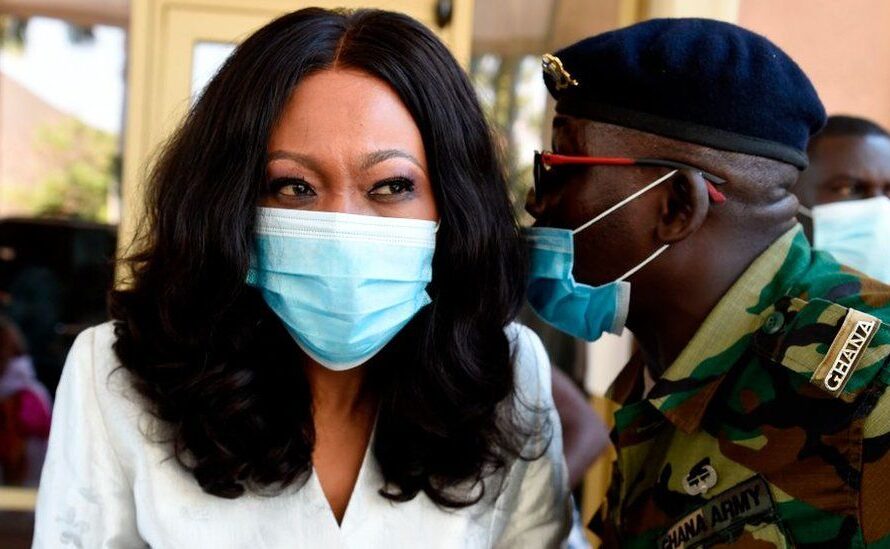 The Executive Director of the Global Intelligence and Security Analysis Center (GISAC), Mr Samuel Nana Appiah Owusu has said that there was nothing wrong with the Military providing security protection for the Chairperson of the Electoral Commission of Ghana , Mrs Jean Mensa.

Security details of the EC Chair involving heavily armed military personnel in the ongoing election petition had become a subject of discussion all throughout the week on various platforms, with a many describing the development as degrading and unprofessional on the part of the military.

According to them, the police was the only security agency in the country constitutionally mandated to provide such services.

However in a letter sighted by GhanaPlus.com said signed by Mr Samuel Nana Appiah Owusu of  GISAC  said the state did not erred in providing the EC Chair, extra military hand to argument her already police details.

He said threat of kidnap by the Chairperson of the National Democratic Congress(NDC), Mr Samuel Ofosu Ampofo and others from aggrieved  members of the party on the life of the EC chair are reasonable cause which warrant military protection for the her and her family’s safety.

“It is a notorious fact that the life of the Electoral Commission Chairperson was put under threat by section of certain people in the country especially from the NDC National Chairman, Mr Ofosu Ampofo, who was heard on a recorded tape leaked from a supposed meeting he held with his party (NDC) communicators where he threatened to kidnap the EC Chairperson and her family members”.

“There is absolutely nothing wrong with military and police providing security and personal protection for a VIP such as the chairpersons of the electoral commission whose life has been put under threat by an aggrieved political party such as NDC whose flag bearer Mr John Dramani Mahama , told the world that, when it comes to violence no one can beat them to it. We must not take the threats by overt and covert modus lightly”.

He added “it will be so preposterous for anyone to suggest that adequate security should not be provided for the Chairperson,” in such severe threat on her life.


“We have heard also the kind of verbal attack to her person from certain conners and people from the NDC. Prior to her commencement of duty in preparation of a new voters register , certain individuals made it a duty to issue all manner of threats to the entire commissioners of the Electoral Commission,” Mr Appiah Owusu said.

Mr Appiah Owusu described as very wrong and mischievous any suggestions which sought to portray that the Inspector General of Police (IGP) and the Chief of Defense Staff (CDS) were ignorant of their duties adding the two institutions were mandated by Ghana’s laws to collaborate in operations aimed at achieving a common goal.

READ ALSO:  I want ‘Papa No’ Mahama to rather sue me – Akua Donkor

“For anyone to think or suggest that the IGP and the CDS does not know what their duties are, is very wrong and mischievous. No citizens know the duty of IGP and the CDS more than they both know with not less than over three decades of long service in their respective fields,” he emphasized.