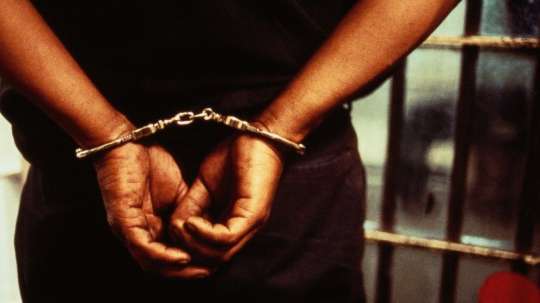 Okudzeto, 2 others picked up over 13-yr-old boy’s beheading

The Aveyime Divisional Police Command of the Ghana Police Service has picked up three suspects to assist in investigations as regards the decapitation of a 13-year-old boy at Aflorkope Dove in the Central Tongu District of the Volta Region.

Identified only as Kofi, the teenager is reported to have been beheaded by one Emmanuel Tsidi Doe, 22, an Okada rider.

According to police situational report issued on Monday, August 30, interrogations of Tsidi Doe in the presence of many residents on Sunday night when the incident occurred revealed that a priestess at Shelter Pentecostal Church Prayer Center by name Floda Ekpe had requested the human head for some rituals.

The two have since been arrested.

Another suspect, Adiku Okudzeto, who is a member of the church, has also been arrested.

She is said to have played a “significant” role in the crime.

The victim’s head was later found behind the house of the priestess while his lifeless body was retrieved from a stream at Aflorkope Dove.

“Body of the deceased deposited at the ROMAN CATHOLIC HOSPITAL, Battor for preservation and autopsy,” the sitrep said.

“The three suspects in Aveyime Police custody assisting in investigations. Development will be reported accordingly.”