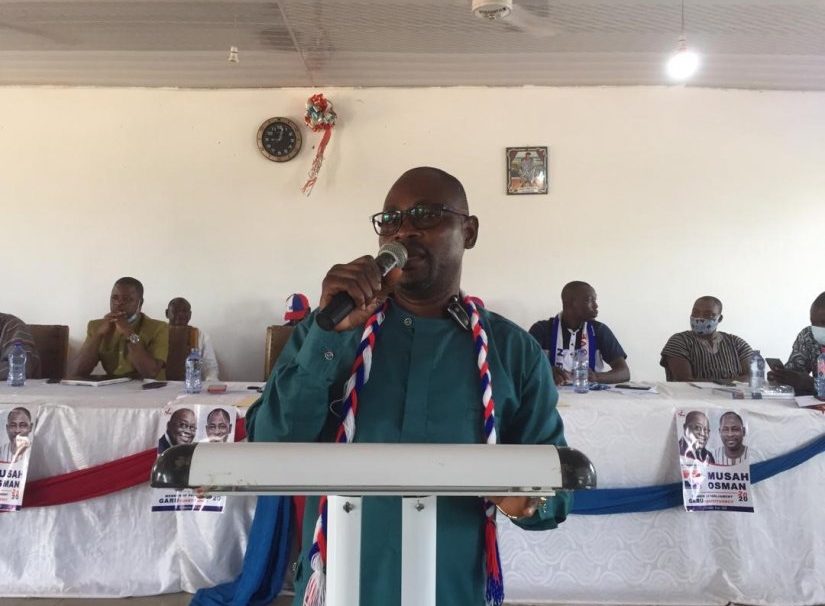 The Parliamentary Candidate for the Garu Constituency in the Upper East Region, Mr. Osman Musah, has pleaded with members of the New Patriotic Party (NPP) to reconcile with each other so as to form a united party for the upcoming elections.

Running for the first time, Mr Musah fell on his knees to plead with them as a means to convince them of the need for unity in order to usurp the National Democratic Congress (NDC) who have held the seat since 1992.

He made the plea at the inauguration of a 29-member constituency campaign team by the NPP ahead of the December polls.

Disputes among members of the NPP started after the 2019 NPP primaries where Mr. Musah won against Mr. Emmanuel Asore Avoka, the District Chief Executive (DCE) for the area, the two and their supporters have had unresolved issues.

Speaking to his fellow members, Osman Musah stated that victory could only be achieved through unity and trust, adding that if they wished to take over from the NDC they needed to place their differences behind them.

The Parliamentary Candidate pleaded with the DCE and his supporters to let go of the issues that arose during the primaries and to place the path of victory for the NPP as their top priority.

The Upper East Regional Chairman of the Party, Anthony Anamoo, on his part, noted that in recent years the performance of the party had been mediocre and was no surprise that the party was unable to win the over the NDC.

He urged the parties to unite and collectively strive to campaign to take the seat from the NDC so that the developmental projects of the government could be implemented to enrich the lives of the constituency.

The Regional Chairman further asked them to perform their duties to the best of their abilities and to remain vigilant during the campaigning so that the message of the NPP can reach all both near and far.