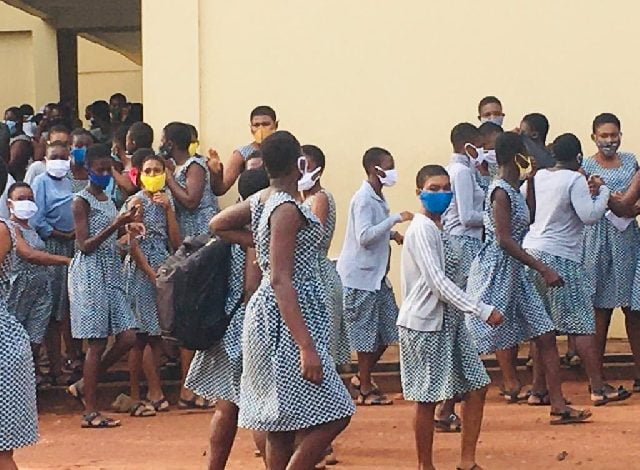 Parents of students of the Accra Girls Senior High School have trooped in, in their numbers to withdraw their wards from the school, following a report of a recorded case of COVID-19 in the school on Saturday.

According to the report, the parents have vowed not to leave until they were granted access to their wards since their health could be on the line.

Some parents were said to have successfully withdrawn their wards, however, others were yet to do so, due to heavy security presence at the school premises this morning.

Speaking to Joy News, a parent of one of the students said their ward was asthmatic and that has necessitated their decision to withdraw the child adding that they could not risk having her catch the virus.

On Saturday, July 4, 2020, six students of the school were reported to have tested positive to COVID-19 and subsequently sent to the Ga East Municipal Hospital for treatment.

The news has since generated missed reactions among the general public, especially, parents who have their wards in the school, causing them to rush for them for fear of their safety.

Accra Girls Senior High School was among senior high schools in the country that re-opened on June 22, to enable final year students to prepare and complete their final exams after three months of closure due to the COVID-19 pandemic.

Earlier, the Founding President of IMANI Center for Policy and Education, a policy Think Tank, Mr. Franklin Cudjoe called for the recall of all students and cancellation the 2020 academic year.

He described the decision to re-opened schools at this time as not a good one.