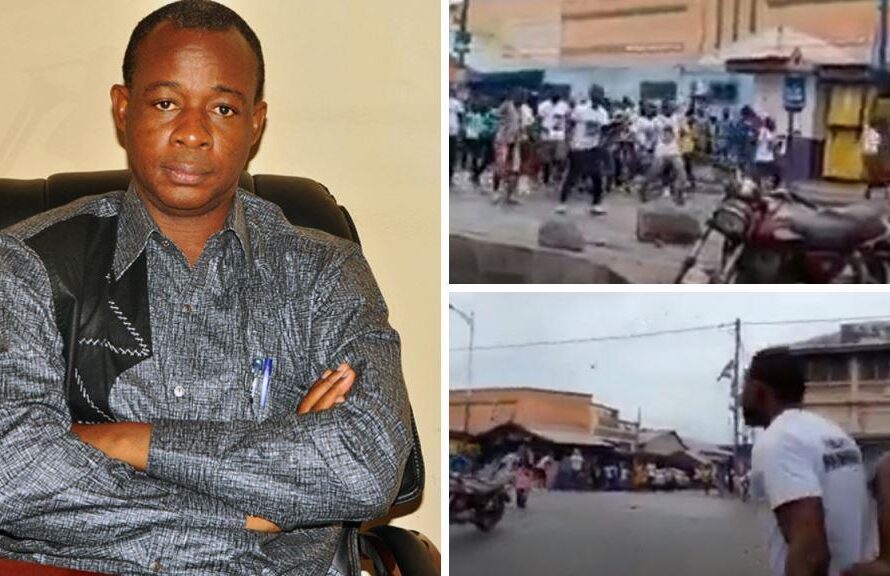 Security Analyst and Executive Director of Security Warehouse, Adam Bonaa has called on the Ghana Police Service to place the Odododiodoo Constituency under siege during the December 7 elections to safeguard lives and properties in the area.

According to him, with Sunday’s impasse and subsequent information gathered personally, young people in the area might take the law into their hands on the day and urged the Ghana Police Service to do the needful to curtail any surprises.

“I will call on the command of that place to be put under siege during the 7th December elections to ensure that lives are not lost and properties are not destroyed”.

Adam Bona was speaking on TV3’s news at 10, monitored by GhanaPlus.com on Monday, October 26.

“Looking at the way the young people in and around, some of them probably taking the laws in their own hands, and I have received calls from the area that we are to arm, they are arming themselves, some of them saying we are arming with knives and guns and what have you. Whether it’s true or not, I am expecting the police to do the needful,” the security analyst added.

He also called on the leaders of the two leading political parties involved in the confrontations to dialogue to find an amicable end to the development.

“This is the time both of them will have to reflect and Show leadership because the people in these communities are looking up to these leaders to show the way and so if they are talking with a lot of venoms, spewing out the tendency to commit a crime the chances are that the young people who look up to them are going to take to arm, take to violent and disrupt probably the community, disrupt asset and probably lives could be lost”.

Adam Bona noted that the development was not really about the two leaders but the community and Ghana’s democracy as a whole and urged them to get off their high horses and dialogue.

“Anything that goes wrong in that community has the tendency to spread quickly across this country and so as far as am concern, the two leaders of this community would have probably had to sit together, they have to dialogue,” he said.

The Odododiodoo Constituency on Sunday, October 26 came into the limelight over clashes between supporters of the country’s two leading political parties, NPP and the NDC.

The violent attack on members of both groups occurred during a peace walk to drum home the need for peace and unity in the constituency.

Three people have been reported to have been shot during the clashes.