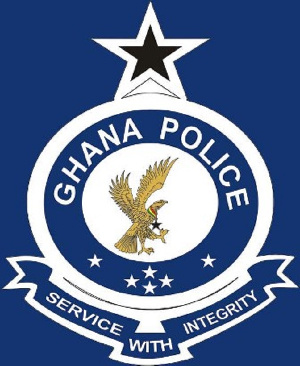 The Ghana Police Service has confirmed the arrest of the civilian sighted allegedly driving a Police vehicle in Sunyani in the Bono Region of the country.

The suspect, identified as Mr. Daniel Tibiri Boahen, information on the Police Facebook page said was sighted driving a Police Nissan pickup vehicle with registration number GP 3329 on the night of 6th December 2020 in Sunyani.

According to the statement, Mr. Tibiri Boahen was arrested by the youth of the area and handed over to the police subsequently.

The vehicle, which the information revealed was auctioned earlier this year by the service has since been impounded and investigations instituted into the development.

“Police have impounded the vehicle, which was auctioned earlier this year by appointed auctioneers as unserviceable after going through due processes to one Abu James, at Bongo in the Upper East region. Investigation continues,” the statement said.

The arrest of Mr. Tibiri Boahen comes a day after the public raised an alarm of the civilian driving the Police branded vehicle in his vicinity in Sunyani.