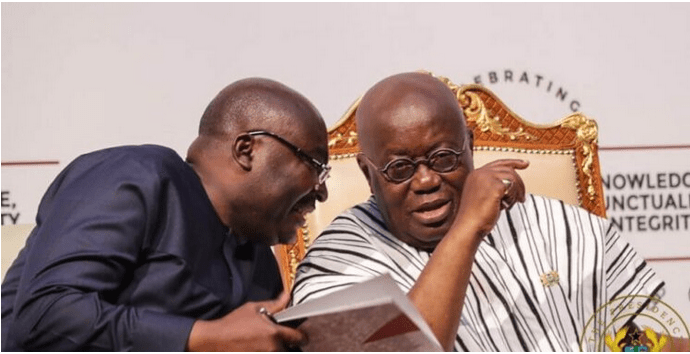 He was detained for misconduct after hurling disparaging remarks during an online show hosted by media personality Captain Smart.

A police wireless message from the Tema Regional Police Commander had requested Corporal Dzemeki at the Regional Headquarters to face sanctions.

The cop stationed at Prampram is likely to face the police disciplinary committee on Friday, May 28, for his conduct.

In 2006, a popular serial caller of the National Democratic Congress (NDC) was arrested for allegedly insulting the then President, John Agyekum Kufour.

Bobby was arrested in Takoradi by both officers from the Western Regional Command and Kwesimintsim Division of the Ghana Police Service.

A similar incident happened in 2010 when a self-styled social commentator believed to have allegiance to the New Patriotic Party (NPP), described the then President John Evans Atta Mills as a ”chimpanzee” in a radio discussion on Fox FM, a Kumasi based private station.

The police later picked up Alexander Adu Gyamfi to explain his actions, which infuriated some NDC youth who besieged the radio station minutes after the derogatory remarks to attack him.

This was the second time an NPP social commentator had been arrested for unsavoury remarks in the media.

In the first case, one Nana Darkwa Baafi was arrested for accusing former President Rawlings of deliberately setting fire to his Ridge residence. He made the statements on an Accra-based private radio station TOP Radio.

Frank Appiah, popularly known as Appiah Stadium, who is a serial radio caller and commentator for the opposition NDC, allegedly said in a widely circulated audio that the President smokes weed.

Following the leakage of the audio on social media, the Ashanti Regional Police Command arrested the Kumasi-based activist on September 26, 2017, and subsequently transferred him to the Criminal Investigations Department (CID) headquarters in Accra for interrogation.

He was later released after the President had called on the police to drop an “incitement” case against the suspect.

In the Volta Region, a radio show host and a panelist were invited by the Police Criminal Investigations Department (CID) for interrogation after allegations that they insulted President Nana Akufo-Addo.

Mohammed, the show host on Sela Radio in the Volta Region, was alleged to have allowed Luis Adjin, a panelist on his show, to use some unprintable words on the President, the police in the region said.

This incident happened in 2018.

In a video shot at the time the President imposed a three-week lockdown to control the spread of the contagion, Bless Kodjoe incited the public to defy anti-coronavirus directives.

He charged Ghanaians to revolt against national authority and retaliates with attacks on law enforcement personnel if opposed.

He later explained that it was a joke but his case is still pending in court after being granted bail.

Apostle Owusu Adjei caused a stir when he threatened to kill her if she goes ahead to compile a new voter register for the 2020 Presidential and Parliamentary elections.

He threatened to stop the compilation of the new register and also threatened that should the EC boss go ahead with the registration, she will die young at midnight, although he did not mention any specific day.

A journalist with Accra-based Power FM, Oheneba Boamah Bennie, was in December, 2020 invited by the Criminal Investigation Department (CID) of the Ghana Police Service for allegedly insulting and threatening President Akufo-Addo.

The radio presenter is said to have recorded a live video on his Facebook page in which he was allegedly heard insulting and issuing a series of threats to the President.

Is it an offence to insult the President?

Presidents in Ghana since the early 2000s have been subjected to insults by opposition members in the media.