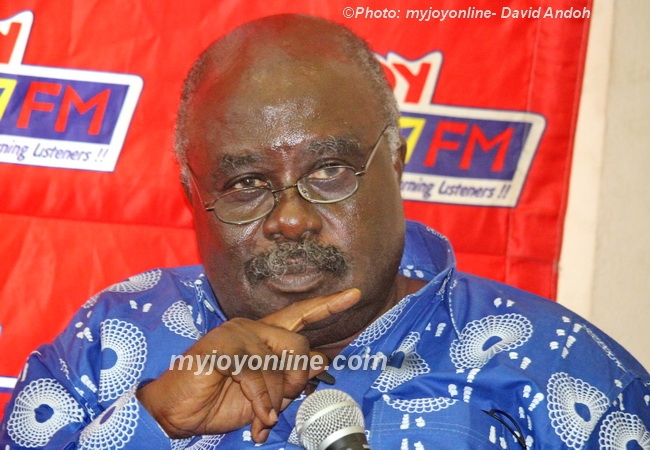 Politics in Ghana is corrupt, I have retire – Wereko-Brobbey

Ghanaian politician and diplomat, Dr Charles Wereko-Brobby ,Tarzan has said politics in the country and Africa in general is corrupt hence he has retire from active politics.

Speaking on GhOne TV’s current affairs programme, State of Affairs on Thursday, June 10, monitored by GhanaPlus.com, he said one has to get into it to know how corrupt the political environment was.

He explained unlike other jurisdictions, politics in Africa breeds corruption, the very reason fighting the canker  had remain only a lip service till date and would continue to be so.

He noted he was no more in politics because he had realized politicians were not willing to lead the change needed for the development of the continent.

“Am retired from all these thing because I think that the practice of politics here is completely corrupt, in Africa in general,” the New Patriotic Party(NPP) stalwart said when asked what kind of politician he was, still in politics or retire.

“……..Because you have to get into it to see it and then you get out, so is not a question of when did I realize it , the reason I am still not in it is precisely because I don’t think people in it are willing to make the change,” he added.


WereKo-Brobbey speaks on different between UK and Ghana politics

Having experience a different political environment in the United Kingdom(UK) as a student politician through to party politics, he narrates the two experiences this way.

“You know I had the opportunity to do politics in the United Kingdom(UK) form a student level to party politics, there if we thought that Francis Aban was a good material for politics, others will go round, knock on doors, beg for some money so we could support Francis to become what we think he is capable of doing, here if you want to go into politics, you go and find a lot of money usually from political donors and things and you go and bribe all the people that matter and you buy the political votes and then when you win, you then have to pay back dues to those who made it possible for you as well as try and find job for those who went and campaigned for you whether they are capable or not,” he said.

“That is why corruption is a lip service and will always be because at the end of the day by the time people get into political power they are so compromised that there is no way they can actually act honestly because they have debt to pay and that kind of politics unless we actually eschew it and do politics because we feel people are capable,” Dr Wereko-Brobbey noted.