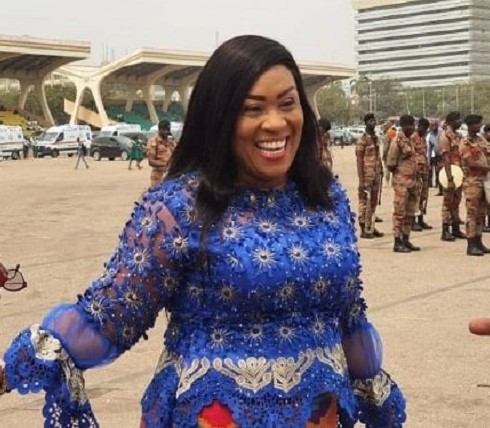 A Senior Lecturer of the University of Cape Coast, Dr Jonathan Asante Otchere has described as daring the President, Nana Addo Dankwa Akufo-Addo’s decision to appoint the Member of Parliament for the Awutu Senya West Constituency as a minister in his second term.

The President Nana Akufo-Addo on Thursday, January, 21, released list of names of ministerial appointees to be vetted and approved by Parliament to serve in his second term in office following his swearing-in on January 7.

Among the lists was the former Minister for Special Initiative Development, Hawa Koomson, a minister in his first term whom many Ghanaians have called for her removal from the executive for firing a gun in her constituency during the 2020 voters registration exercise.

Ms Hawa Koomson, according to the list is to serve as the Minister for the Ministry of Fisheries and Aquaculture Development.

Speaking on TV3’s [email protected] on Thursday, January 21, monitored by GhanaPlus.com, Dr J Asante Otchere, said the president was quite daring in nominating her for such an important office despite the violent records associated with her.

“I think that the President is quite daring in deciding to nominate her for a particular ministry, a ministry as important as fisheries or so,” he said.

He also mentioned, he blames Hawa Koomson’s constituent, the Awutu Senya East constituency for given her the node in the first place to represent them again in Parliament.

“If you ask me I blame the constituency first of all that Hawa Koomson comes from for given her the mandate to become an MP,” Dr Asante Otchere added.

It could be recalled that on Monday, July 20, 2020, a shooting incident was reported at one of the Electoral Commission (EC)’s registration center at Kasoa in the Awutu Senya East Constituency of the  Central Region.

The shooting was said to have caused the EC officials at the center to run helter-skelter for their lives and subsequently closed down the center.

Eye witness report indicated that men numbering about 15 arrived at the center around 8 am and tried to disperse some prospective voters who were awaiting their turn in a queue.

However, Hawa Koomson, the then Minister of Special Initiative Develpoment  and MP for the area claimed responsibility for the  shooting incident adding she did so to protect herself because her life was in danger and her body guard was also absent at the time.

Since then she had come under intense pressure to resign, while many others called on the President, Nana Addo Dankwa Akufo Addo relieve her of her post but both did not heed to the call.