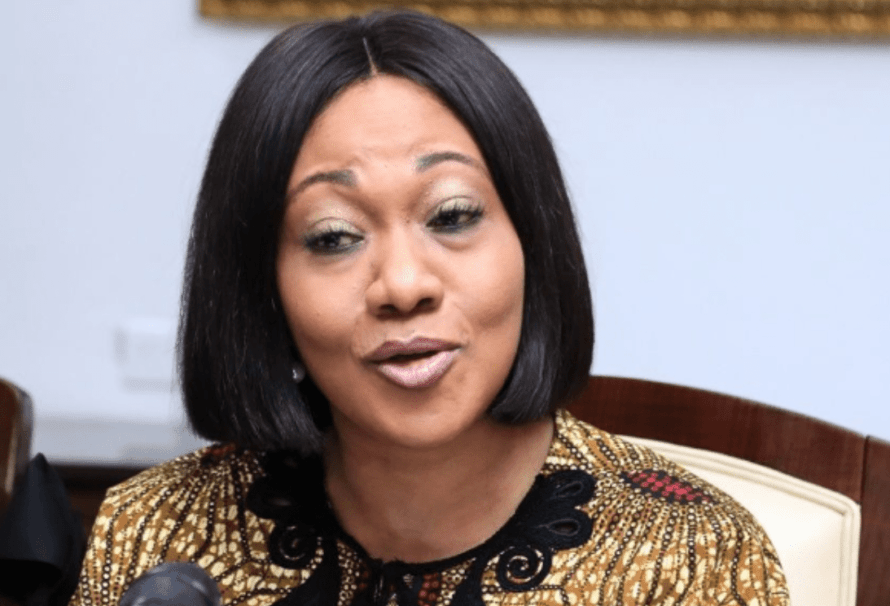 Pressure is mounting across all social media platforms to cause the Chairperson of the Electoral Commission, Jean Mensa to testify in the ongoing election petition.

Lawyers of the EC on Monday, February 8, moved for the closure of the election petition filed by the 2020 flag bearer of the National Democratic (NDC), John Dramani Mahama  to among other things declare as null and void, election results announced by the EC chair on December 9, 2020.

According to EC’s lawyer, Justice Amenuvor, given the petitioner’s witnesses evidence during the cross examination, the 1st Respondents do not wish to lead any further evidence.

However, reacting to the news on twitter, many Ghanaians have called for the EC boss to testify to clear all doubts cast on her integrity.

GhanaPlus.com came across some of the comments and brings to you some of them.
Award winning radio and television host, Sammy Forson on his twitter handle wrote; “Jean Mensah should be bold enough to defend her work by being cross examined. We need all doubt to be cleared especially if she will still be around for elections 2024. #ElectionPetition”

“In the interest of Justice, the Respondents must testify” Tsatsu Tsikata Esq. This finds support with Lord Denning when he once said: “Unlike my brother judge here, who is concerned with law, I am concerned with justice.” Lord Denning. So let justice be done…..

The People’s Manifesto  @quofimanifesto   also said “With these arguments if Akoto Ampaw gets his Witness not mounting the witness box would be really something, He just cannot put points together and back his cases Tweaaaaaa”

Joseph kwei @kwei_joseph on the other hand wrote “Jean mensa must mount the witness box by all means ….”.