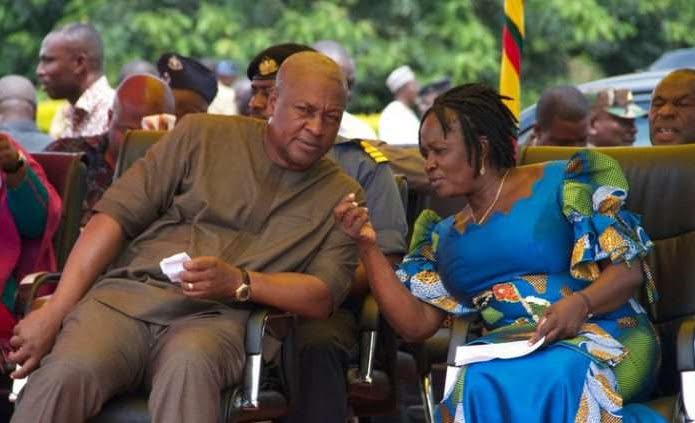 The flag bearer of the opposition New Democratic Congress (NDC), ex-President John Dramani Mahama has nominated the former Minister of Education Prof Jane Naana Opoku-Agyemang as his running mate for the December 2020 elections.

Her nomination makes her the first female running mate of the party and the first among the two leading parties, the New Democratic Congress (NDC) and the New Patriotic Party (NPP).

The decision was taken in consultation with the National Executive Committee (NEC) of the party today, July 6, 2020, in Accra.

The Prof’s nomination was in line with the party’s quest to get more females into mainstream political decision-making bodies in the country.

It was also to break the male dominance on the role since the party’s establishment.

According to a report on Graphiconline, ex-President Mahama presented a shortlisted name of the former Education Minister, Professor Jane Naana Opoku-Agyemang, the former Director-General of the National Development Planning Commission (NDPC), Dr. Isaac Bannerman Nii Moi Thompson, the former Minister of Health and Deputy Campaign Manager for the 2020 elections, Mr. Alex Segbefia and the former Finance Minister, Dr. Kwabena Duffuor as his choice of running mates.

However, the party settled on the Jane Naana Opoku-Agyemang whose association to the party date back to 1996.

She furthered her secondary education at the Wesley Girls High School and pursued a B.Ed. (Hons) in English and French at the University of Cape Coast.

After her education, she taught at the University of Cape Coast, her alma mater and held various positions such as the Head of the Department of English, Dean of the Faculty of Arts, Warden of Adehye Hall, Valco Trust Fund Post-Graduate Hostel, and Dean of School of Graduate Studies and Research.

From 1997, she became the Academic Director, International Training in History and Cultures of the African Diaspora of the school and subsequently served as the Vice-Chancellor of the University from 2008-2012.

She has served on many international boards and associations, including Ghana’s representative to the Executive Board of the United Nations Educational, Scientific and Cultural Organization (UNESCO), Chancellor of the Women’s University in Africa in Zimbabwe, etc.